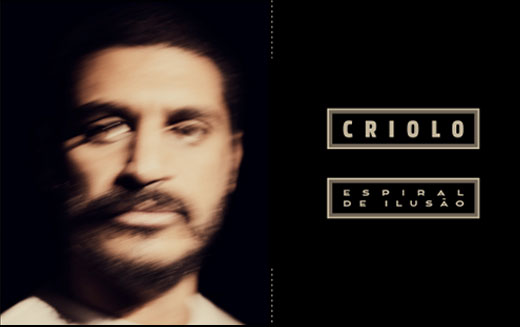 Only last week Criolo surprised us all by dropping a brand new single, “Menino Mimado”, which saw him stick to samba with lyrics that clearly critiqued the current government in Brazil. Well, now he has made available a whole album of sambas, for his latest release, Espiral de Ilusão.

Across 10 tracks, Espiral de Ilusão sees Criolo try to make sense of the current political situation in Brazil, showing his solidarity with those who have been going to the streets, those represented by the Vem Pra Rua movement. In a short message that accompanies the release on his Facebook Page Criolo writes a message which we have translated into English:

“Samba has been a part of my life since I was little. I perform it with joy, while venting my ideas and questioning  how we are portrayed. In a war of power and freedom, where to be good long ago stopped being a priority, samba shows a way ahead and asks for safe passage along that route.”