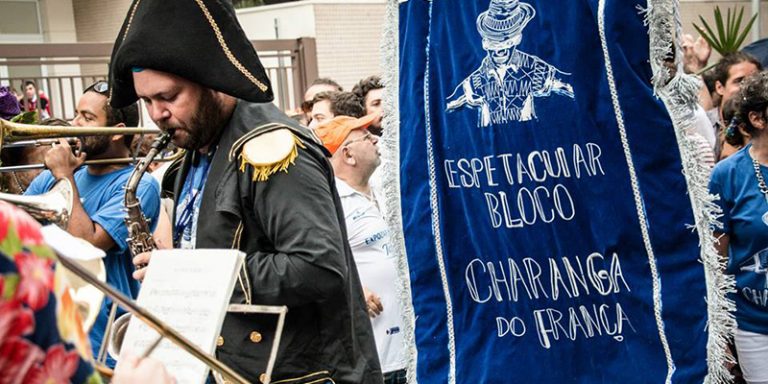 For a different taste of Brazilian carnival you can’t do better than A Espetacular Charanga do França, a bloco set-up by Thiago França in 2013 who had an idea for renovating the typical charangas brasileiras (i.e. brass bands). In França’s mind his charanga would hark back to the early sambas and maxixes of carnival, while also taking in the more international flavours of cumbia and ragga, before then backing it up with his own prowess and knowledge of jazz. The result is some of the most vibrant and gratifying carnival music you’re likely to hear anywhere.

A Espetacular Charanga do França is made up of seven members, including Amilcar Rodrigues on trumpet, Anderson Quevedo on baritone sax, Welington “Pimpa” Moreira on drums and agogô, Samba Sam on the surdo drum and França himself on alto sax, and in charge of the arrangements.

For anyone lucky enough to be in São Paulo for carnival you will be able to see Espetacular Charanga on carnival Monday (February 27th), when they will be in full flow. Full details of their desfile can be found on Facebook.

However, if you’re nowhere near São Paulo the good news is that the group have already had three releases, all of which are available for free download, with the latest arriving just a few days ago. Their first release was 2013’s A Espetacular… Ataca Novamente! (download it here) which showed the group’s unique take on Brazilian cumbia. They followed that up with a full-length release in 2016, O Último Carnaval de Nossas Vidas (download), that featured vocalists such as Tulipa Ruiz, Juçara Marçal and Rodrigo Campos, on many of the tracks.

Their latest release, prepared especially for this year’s carnival, is Chão Molhado da Roça (download), which features Didi Machado on trombone and Tony Gordin on drums as well as the usual line-up.

The album cover, shown below, features a photo of Banda Santa Cecília, from Itabirito, Minas Gerais, whose bandleader was none other than Thiago’s great grandfather Joaquim França.

For more on A Espetacular Charanga do França check out their Facebook page. For more information on Thiago França’s many projects – he’s also a member of Metá-Metá, Sambanzo and collaborator with a huge variety of other artists in São Paulo – check out his Blogspot page. 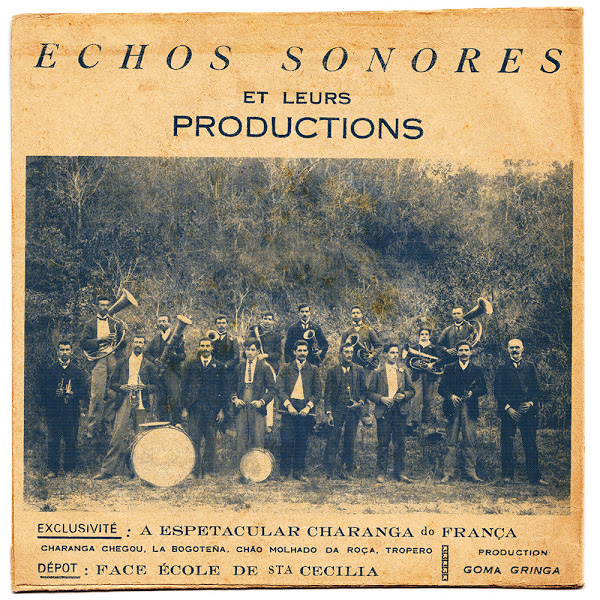