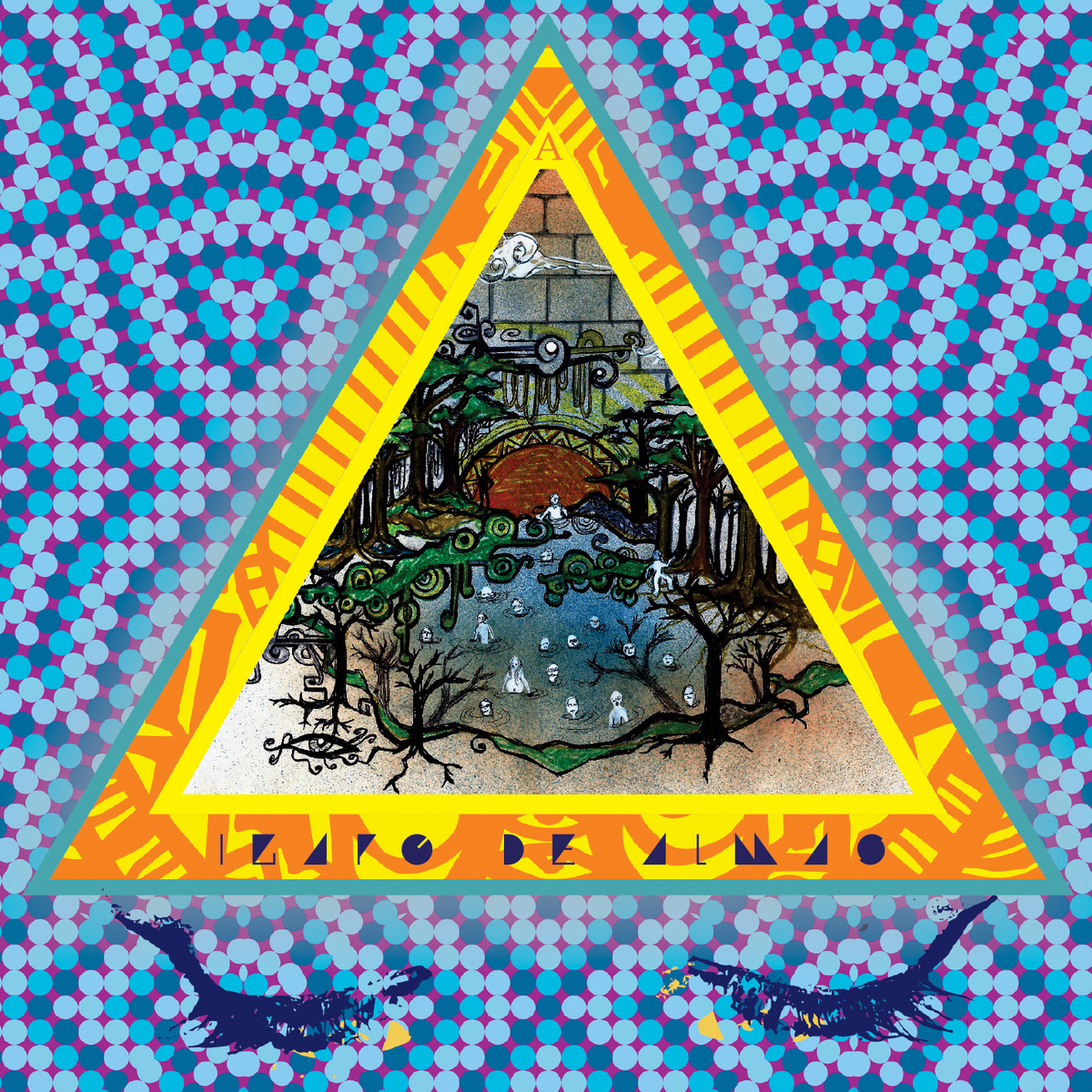 During my travels in Brazil’s Northeast and Amazonas regions I often envisaged turning on the radio and tapping into some form of regional roots music, a more relaxed flipside to the energetic carimbó, guitarrada and tecnobrega styles that soundtrack the night. The truth was, every time I switched on my wind-up radio I was hit by bland pop and rock, maybe some commercial forró or brega if I was lucky. This shouldn’t be too surprising as Brazil’s airwaves have long been taken over by the money men, but I lived in hope.

In an ideal world, the sound of Igapó de Almas would have greeted my search for a meaningful signal. The album is both electronic and organic, both day and night. It feels like the jungle of Joseph Conrad’s Heart of Darkness (and hence equally that of Apocalypse Now) and brings to mind this great quote from Werner Herzog when talking about making Fitzcarraldo in Burden of Dreams:

This dichotomy feels captured on “A”. The group’s name, Igapó de Almas (“igapó” is the name for a flooded forest; “de almas” means “of souls”), is already portent of the mood they will invoke and they do not disappoint. The album is dark, brooding. There are echoes of the trip-hop generation, the atmospheric tones of Portishead, Massive Attack and Cinematic Orchestra, especially so on the tracks that feature female vocals, with Isaar França, Clareana Graebner and Laya Lopes all making guest appearances. Of those it’s França who is the most imposing on “Amanhecendo”, her reverberant voice rising above the crackling production beneath, offering some form of emotional anchor as the tension builds through electronic swirls and signals, guitar chords and rattling percussion.

These carefully-constructed unravelling sounds – which occasionally detour into nu-jazz, post-dubstep beats and swells or even short bursts of layered guitar, and which are all palatable for a Western audience – are offset by a focus on ambient sounds and indigenous rhythms. “Ao Vomitório” is a great example of the first of these. While a stuttering synth maps out a distorted morse code rhythm and water runs in the background the narrator quietly reads out lines like: “De manha cedo o sol foi se enfiando pelas frestas / Essa tanta luz me arregala” (“Since early morning the sun was poking through the cracks / that much light broadens me”). They’re lyrics that play with this idea of the jungle, of the isolated forest that can only be penetrated by occasional flickers of light. This is also mirrored in how the vocals are used. They emerge to impart wisdom but sound distant, far off, soon to be lost amidst the forest. It’s a trick used many times on the album.

The influence of the Brazilian instrumental group Uakti can be felt in the indigenous rhythms and tribal percussion that are dotted throughout, but especially on “Aiyra Rohayhuva’erã”, a track that features simply an acoustic guitar, hand drum and a canvas of found sounds (water, wind, birds). In many ways it feels a million miles away from “Amor”, a largely-electronic track (despite kicking off with a James Brown “Funky Drummer” beat) which has the clearest influence of dubstep in the ominous lurching beats that threaten to derail the song, but also offers once more that trip-hop admiration in the overlapping slide guitars that evoke the spirit of Portishead.

As the battle between light and dark continues, so does the to-ing and fro-ing between electronic and organic. It’s a mix that Igapó de Almas pull off perfectly, and in fact it’s hard to imagine the album being able to convey such disparate atmospheres without this mix due to the sheer dread that the electronic textures convey and the way they’re able to contrast with the simpler sounds of voices and percussion.

“A” is a masterful album. From the oscillating refrains of Tom Jobim’s “A Felicidade” that haunt the opening track to the crooning vocals of Almério on album closer “Alegria” the record transports the listener to somewhere completely else entirely. For me, this is a sign of a great album. Created by Walter Nazário and Pedras, with an assortment of collaborators, it’s an album that continues to beguile and delight, each listen opening up a new world of possibility. If only there was a way I could pick this up on my radio all the time.