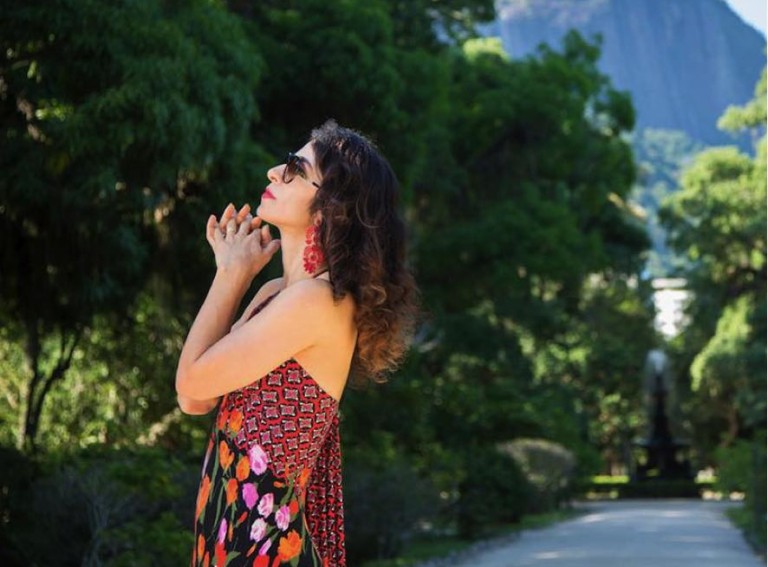 She is a star of Brazilian MPB (música popular brasileira), a multi-instrumentalist, whose incredibly soothing and delicate voice is immediately recognizable. Carlinhos Brown is known to have said her voice is “one of the most perfect in the world”. Using the new 60-second video tool on Instagram, Marisa Monte recently posted a teaser of her upcoming album Coleção, to be released on 29th of April by Universal Music.

The teaser features the song “Nu Com A Minha Música” (Naked With My Music), a piece originally composed in 2011 by Caetano Veloso and recorded in collaboration with Brazilian Rodrigo Amarante (who wrote the theme tunes for Netflix series Narcos, as well as being a founder member of the hugely-popular Brazilian band Los Hermanos) and US/Venezuelan Devendra Banhart. Marisa’s new song is soft, silky and underlined with her signature sound of wave-like vocal chords that head straight for your heart.

Coleção is the first compilation by Marisa and features 13 tracks, ranging from songs made for soundtracks, live renditions and recordings made for other collections, all of which the singer never released under her own name before. According to Marisa, her new album serves as an “archive, a chest of musical memories and emotions”.

The album was produced and arranged by US Brazilian record producer Mario Caldato Jr., who is known for his work with Seu Jorge and Marcelo D2 as well as the Beastie Boys and bringing big Brazilian names to the US market.

Check out the teaser below: