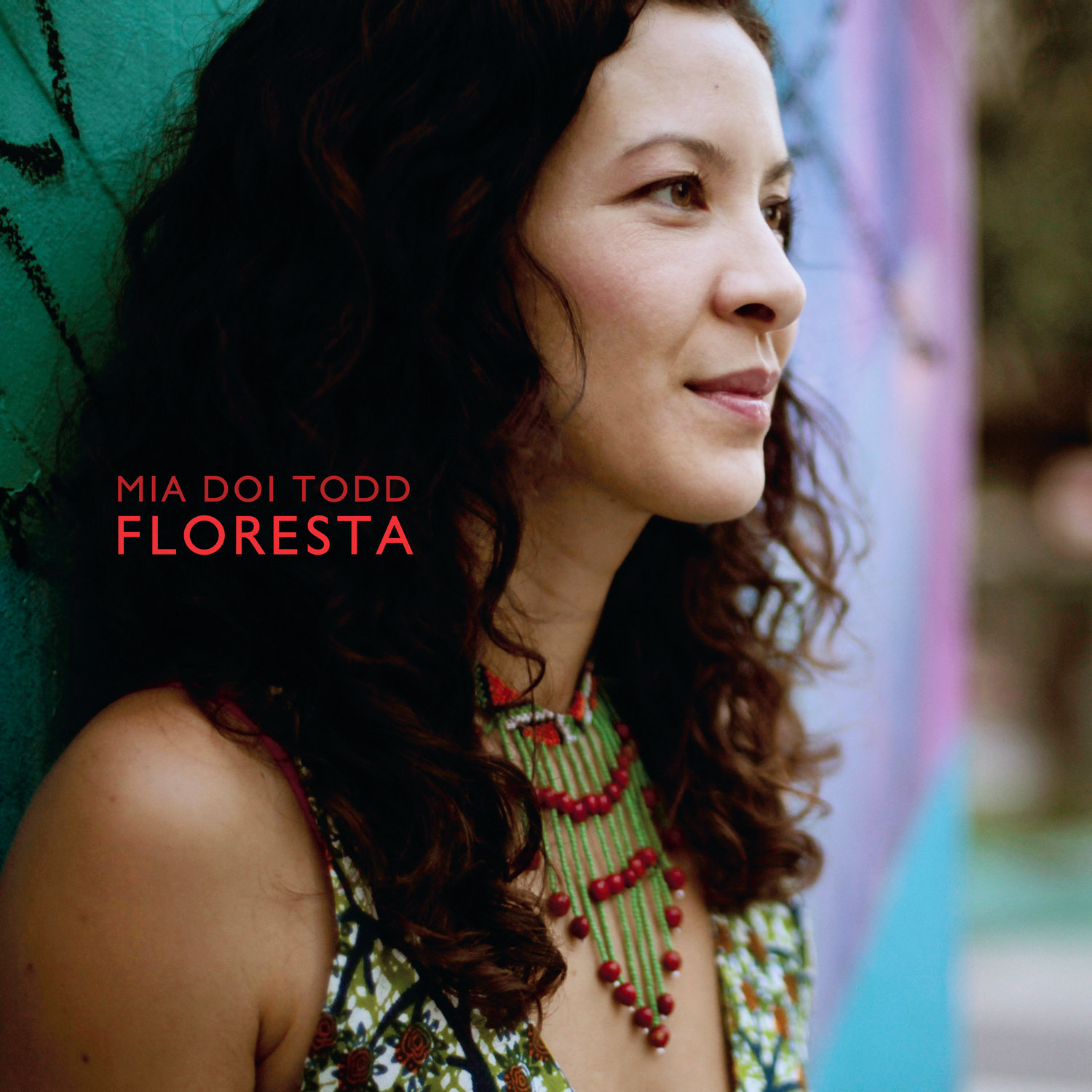 It all started back in 2009, when Mia Doi Todd toured Brazil to perform some gigs and travel the country for the first time in her life. In São Paolo, she met Maurício Takara, percussionist, drummer and member of São Paulo Underground, who introduced her to some of the most authorial protagonists of Brazilian music.

Next to Takara, she also ran across the seven-string guitarist and producer Fabiano do Nascimento based, like her, in Los Angeles. From that point, the relation between Mia and Brazil, began to sprout. Two years later she decided to start off her album Cosmic Ocean Ship with a bossa-nova style song called “Paraty”: that was the first time that the American artist wrote a tune which directly recalled the Brazilian rhythmic.

In addition, she also included in the set list a cover of the oldie “Canto de Iemanjá” written by Vinícius de Moraes and Baden Powell. To record and produce an album of Brazilian songs seemed like a set course in Mia Doi Todd’s career. Even so, the results are surprising and original.

Floresta, which is also the 10th chapter in Todd’s discography, despite being a collection of covers, fully mirrors the artistry and the soul of its performer. Despite the fact that she has decided to confront herself with some of the finest Brazilian tunes, the singer has nevertheless been able to impress her fingerprint, to add her signature to them. That’s how already memorable and passionate songs like Milton do Nascimiento’s “Cais” or the breezy Jobim’s “Chovendo Na Roseira” rejoice with a deep breath of new life thanks to the free-spirited Todd’s voice and the new arrangements given.

The Angeleno musician and her Brazilian music companions looked intensely towards jazz refinements and unpredictability to enrich and put some make-up on popular works. In this way long-established melodies like “Luz Do Sol” originally written by Caetano Veloso, like Dércio Marques’ airy composition “Segredo Vegetais” or the traditional West African-influenced “Ewé” feel rejuvenated while still preserving their original and strong meanings.

Furthermore, what makes Floresta a project on its own is the fact that Portuguese is far from Mia’s native language. Yet, regardless of her North American origins, she seems perfectly comfortable with the Brazilian accent: she’s able to let her voice shine and soar becoming a natural interpreter of a distant culture. Floresta, which is a record made possible and produced thanks to the passion of remarkable musicians, reveals itself as an evocative and imaginative opera, able to revive the appeal of some of the most essential characteristics of the Brazilian tradition.

Mia Doi Todd’s tenth musical effort won’t be probably regarded as the crucial episode of her career, but surely as the nth impressive step carried out along her remarkable creative path: a step which has fully disclosed another surprising aspect of her pervasive art.