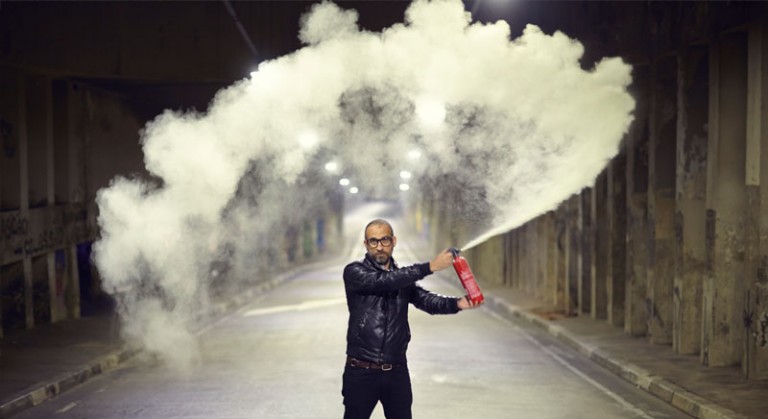 Music and Democracy: 17 Brazilian Artists Against The Coup (DJ Pequi Mixtape and Interview with Lucas Santtana)

It was late 2015 when the first calls for Brazilian president Dilma Rousseff to be impeached were received, principally arguing that the president had been fiscally irresponsible, as well as other charges, some related to the Operation Car Wash corruption scandal that had engulfed Brazil’s political landscape for the preceding 18 months. With the country suffering a number of economic setbacks and wary of the continuous stories of corruption, the impeachment was seen as an opportunity by many politicians to kick Dilma and the center-left Worker’s Party (Partido dos Trabalhadores) out of office. As 2016 progressed the movement for impeachment grew, culminating in a vote on 17 April 2016 at the Chamber of Deputies where, out of 513 sitting members, a majority of 367 voted for impeachment (a process that has been thrown into disarray after a lower house speaker deemed on 9th May that the impeachment process was not carried out lawfully).

Running concurrently to this call for impeachment was the pro-democracy movement, arguing that the impeachment was unconstitutional with many, including Dilma herself, comparing the impeachment to a ‘coup d’état’. Many musicians and artists have supported this movement, arranging huge events such as Música Pela Democracia in São Paulo where artists such as Tulipa Ruiz, Bixiga 70, Chico César, Lucas Santtana and BNegão performed.

In solidarity with the musicians defending democracy, Brazilian DJ and researcher DJ Pequi has put together a mixtape celebrating the works of artists who’ve supported the pro-democracy movement as well as those that have spoken about the importance of the democratic process in the past. So, here is Music and Democracy: 17 Brazilian Artists Against The Coup, DJ Pequi’s selection of Brazilian music covering topics such as democracy, agrobusiness, media, race, gender and sexual equality, homophobia, social inequality and religious intolerance.

Read on for an interview by Pequi with Lucas Santtana about the pro-democracy movement and what is currently happening in Brazil. – Russ

How would you describe the current political crisis in Brazil?

I see it as an electoral rape. I have no doubt that this is a political crisis, much more than it is an economic issue.

What has upset you the most about this crisis?

Many things. First, the disrespect for the democratic process as specified in our constitution. Many times in my life the candidate I have chosen lost an election, and the one that won made made a terrible government. I then had to wait four years to make another vote. You cannot just kick out a president, especially if she has not committed any crime.

Secondly, there is a huge gang of corrupt deputies, with no legitimacy to conduct a lawsuit against an honest president, until the contrary is proven. Of the 516 deputies in congress, only 36 were elected by direct vote. The others came thanks to the electoral coefficient, one terrible loophole in Brazilian law that needs to be urgently changed in order to stop these distortions of representation.

Finally, a biased media that has manipulated the population on a daily basis, lying all the time. A politicized media that has inflamed hatred amongst social classes. A media filled with wealth – just 5 families control 100% of the media, owing to the fact that the public concessions to televisions and newspapers were given during the military dictatorship.

What is the relationship with the Brazilian media?

Brazilian media supported the military coup in 1964 and these days it is clearly serving an economic elite that can’t stand to see that a part of the social class are rising economically.

Was there an event or a specific moment that made you more engaged as an artist?

I’ve always been politically engaged. I was president of the guild of my school. Politics has always been a subject in my house .

How do you see the relationship between being a citizen and an artist?

I do not see any difference. We are all citizens, we share public space and are responsible for each other. What Brazil needs is that a part of the middle class and the elite understand that the country now has 200 million people, that there is an internet where lies are uncovered, and that they now need to learn how to share. Inequality in Brazil is huge and generates a lot of suffering. We can not live with it any longer.

Has the crisis had an impact on your relationship between being an artist and being political?

Many people ask me if I’m not exposing myself too much every day on social networks, but I think Brazilian artists need to be more brave and don’t have to be afraid to lose a contract because of political positions. Some issues are above everything. We have to be less selfish!

Beside your personal causes, have you joined any collective movements?

I have participated in all manifestations, and in non-partisan groups to discuss and make collective actions. I took part in the Grande Ato da Cultura pela Democracia [“the great act of culture for democracy”, also known as the Ocupe A Democracia event, that happened 11th-17th April in São Paulo], that brought together some influential names and saw us all sign a document against the coup. 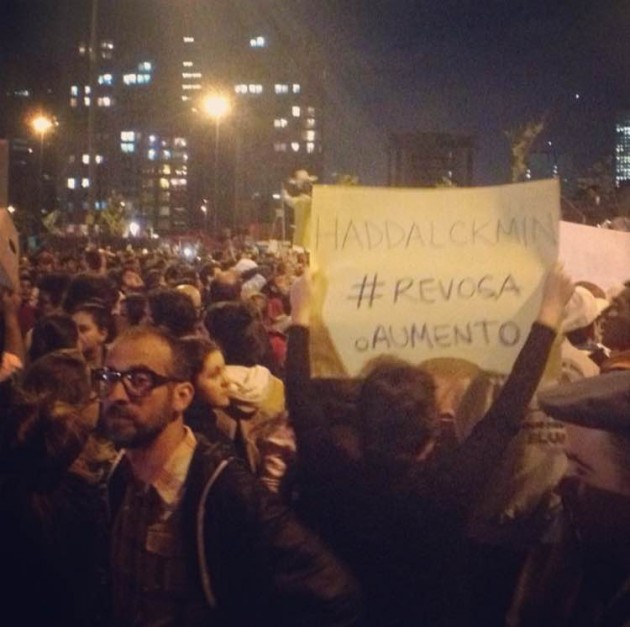 What are the most important issues being addressed by these movements?

The defence of the democratic process, political reform, land reform, the improvement of public education, amongst others.

What do these movements say about the notion that this is a public affairs issue in Brazil?

There is in Brazil a very serious social struggle, which needs to be resolved. It’s important to respect the achievements of the workers, we need to have solidarity and to understand that when the lives of millions of people improve, this is good for the country. The lives of the middle classes have not got worse with the rise of a new class. Nevertheless, it is a social and a racial issue, sometimes more than an economic issue. Above all, it’s necessary to transform education. Not only for the lower classes, but for all classes. The big problem in Brazil is the lack of education.

Are you feeling an impact of the political crisis on your art?

From my point of view, art has always been political. It doesn’t need to be explicit in expressing that, making an artistic choice is already political.

What message would like to leave to the readers of Sounds and Colours?

Help us to expose this scam that is happening in Brazil.

What are your current projects? When is your next European tour?

We’re going to perform in Istanbul in May. I will not be touring until next year when I release my new album, scheduled for early 2017.

Pequi would like to thank: Lucas Santtana, André Gonzales & Chouchou Glamour, Juju Pinto, DJ Lúcio K, Marilda, Movimento #musicapelademocracia, Karen, Jean and all artists and technicians mobilizing themselves to save democracy in Brazil. Thank you for representing us.

Learn more about what’s going on in Brazil by following these pages on Facebook:
facebook.com/midiaNINJA
facebook.com/quebrandootabu