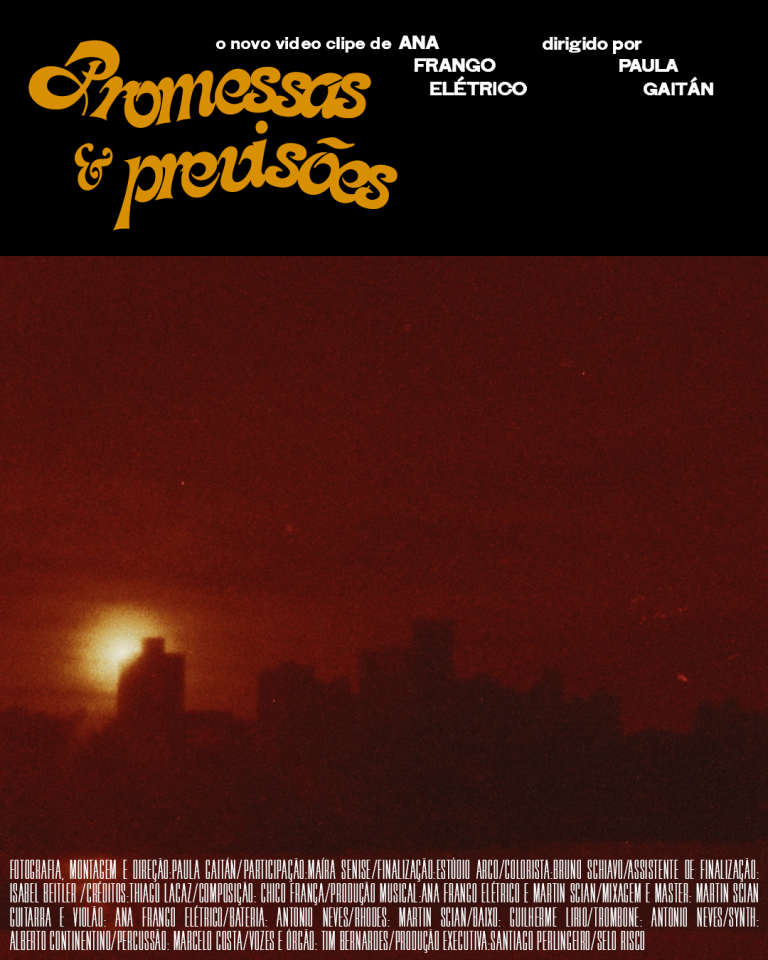 In a collaboration the carioca musician has termed “full of poetic nostalgia”, masterful filmmaker Paula Gaitán has been enlisted by Ana Frango Elétrico to direct a video for “Promessas e Previsões”.

Gaitán’s video for the Little Electric Chicken Heart single is the latest entry in her ongoing dialogue with Brazilian music which has included 2016’s Arto Lindsay-starring feature Subtle Interferences, 2017’s Elza Soares short A Mulher Do Fim Do Mundo, last year’s artful Negro Leo documentary, and January’s film-portrait of musician and actor Arrigo Barnabé. The director, who is ex-partner of late filmmaker Glauber Rocha and mother of Ana Frango’s friend and contemporary carioca musician Ava Rocha, is celebrated for her oeuvre of seductively mesmerising and startlingly radical works. Informed by early forays into poetry and visual arts, Gaitán’s filmography is a tactile and sensorial collage that pairs intimate human portraits with ethereal studies in sound, movement and the body.

When interviewing Ana Frango Elétrico earlier this year, we discussed this collaboration which, at the time, was to be released that month by Aquarium Drunkard.

“[Paula Gaitán is] a really amazing director. I began talking to her through Ava. But I hadn’t realised I’d already known her before then because I’d seen Super 8, a movie of hers which was really amazing. I asked Paula to make the video with a personal touch. And, instead of me appearing in the video, it’s just Paula being free with the archives from Super 8. To me, this has a lot to do with [Little Electric Chicken Heart] because of that sense of nostalgia [ – a theme central to the album]; this is where I knew her from at first. […] I think it’s important, too, because she’s an older woman that I respect. And I respect her work so it’d be cool to bring her work to younger people. It’s a beautiful meeting.”