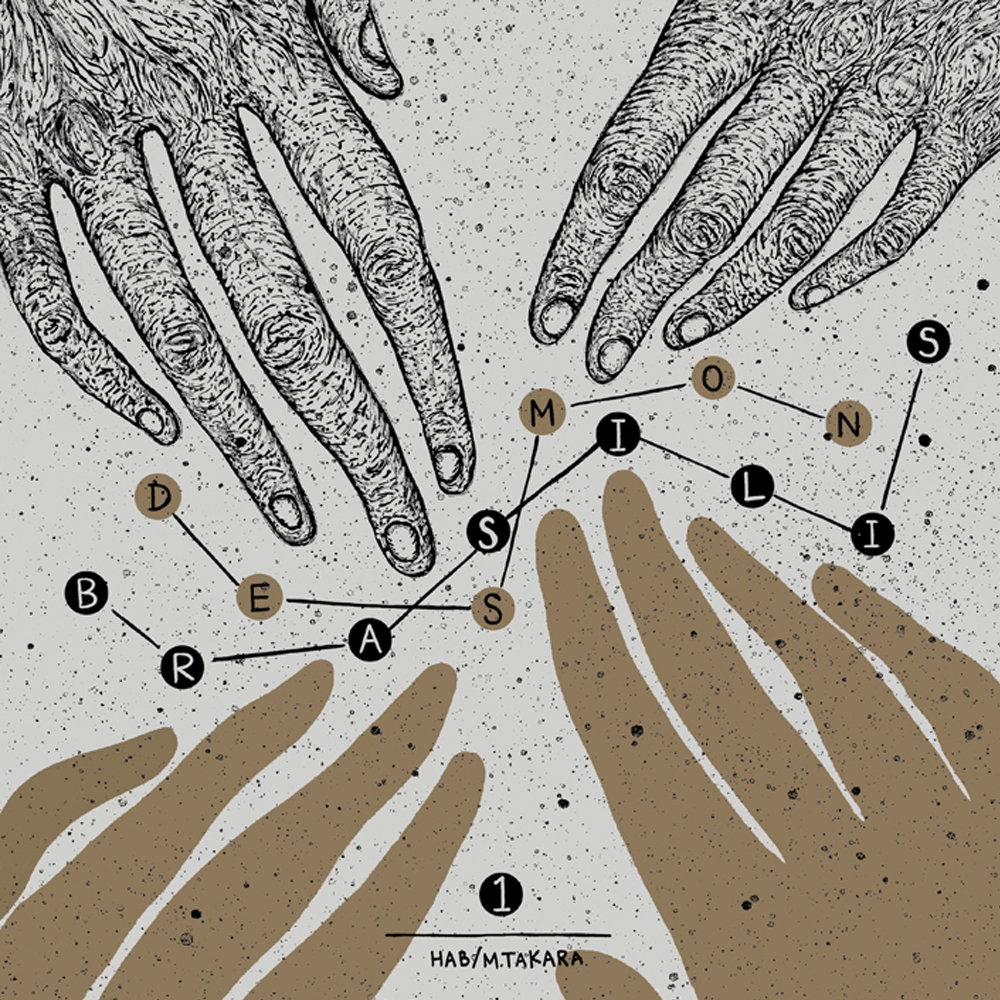 Every Wednesday some of São Paulo’s finest beatmakers, producers, musicians and DJs meet at Casa Brasilia in the Pinheiros neighbourhood. The first person to get there will pick a vinyl out of the US$2-$5 box and this will serve as the musical inspiration for the night. Each person who gets there will take the vinyl, using the MPCs, samplers, controllers and software they’ve bought with them to pick out beats and samples for which to work with. At 9pm the group will showcase their work, a melange of original pieces sourced from just one record. This is Beat Brasilis.

The chosen vinyl can be anything, ranging from Kate Bush’s The Kick Inside or the Emmanuelle soundtrack to homegrown releases by Milton Nascimento or Maria Bethânia. Proof of this diversity can be found on two evenings when they focused on vinyls released by Desmonta, a specialist record label and events promoter specialising in experimental Brazilian music.

Desmonta loved the work of Beat Brasilis so much that they asked DJ PG (of recent Zulumbi fame) to mix the remixes from the two evenings into two sides of a vinyl. The result is the HAB/M. Takara split 10″. Side one features the remixes of HAB (originally remixed by the Beat Brasilis crew on 10th June 2015), and side two those of M. Takara (remixed on 17th June 2015). Producers taking part include Frank Ejara, Sala 70, Niggas, Formiga, Comum, Otávio, Amani 77, Mnth, Abud, Tiago Frúgoli, Biro, Ricardo Malak, Master San, Dablyo and bm.

The vinyl itself is being made artisanally by a small Brazilian company called Vinyl Lab, who are making the record one by one. See that process for yourself here. The cover has been designed by Marcelo Delamanha and is being printed using a risograph printer. If that’s not enough, even the labels are being printed by an independent creative with Coletivo Ocupeacidade taking on that responsibility. Only 50 copies of the record are being produced. The vinyl will be available from desmonta.com.

Listen to the release at Bandcamp or via the Soundcloud link below.