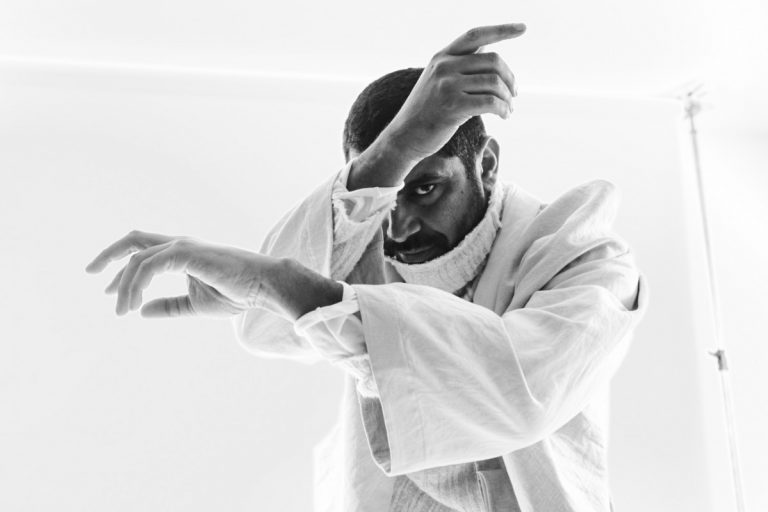 Put Faith and Trust In Their Hands: An Interview with Criolo

Since emerging from the São Paulo underground with his second album, Nó Na Orelha, Brazilian rapper and musician Criolo has become one of Brazil’s leading lights, both musically and socially. His constant need to express himself musically, whether through singing samba, rap or electro pop, has been equalled by his need to show frustration at repression and hatred in Brazil and abroad. Ahead of his show in London on September 10th – more details of the show here – we caught up with him to find out a little bit more about his latest tracks and his thoughts on Brazilian politics.

Criolo, how long will you be in London for your show?

You’ll be playing your new clip “Eterea”. Tell us a little bit about this track. Why did you decide to do something that represents the LGBTQ community now?

The amount of violence against this community has increased dramatically. There is a strong preconception against this small minority in my country, and in society we have lost the necessity to contribute to a better standard of living for this group of people. This clip is a force for change, a call for people to re-think their perspective of the LGBTQ community who face such a heavy problem of violence and marginalisation in our community.

Listen. In this space of construction, everything that is a struggle transforms the vibe of the general living standard. The idea is to reflect on these burdens of society so we can all be a catalyst for change. The more we meet and encounter these people that face such hardships in our society, the more the community can and should be welcomed and we can try to change any preconceptions that exist in my country and further afield. It’s a call to transform the fight for the better, so we are not fighting against the LGBTQ community, but fighting for and with them.

Are you planning on doing any collaborations with artists from the LGBTQ scene?

We already naturally live in groups. We already live in the music of musicians, whether this is within the LGBTQ scene or outside of it. We always live, we’re always present. It’s always collaborations that are organic and fluid, so we are already in our own way, making music with this community, as a community of musicians that are not segregated in specific boxes because they are of a certain minority but because they are artists.

Is this track, which is a bit more electronic for you, a new direction for you?

I have always incorporated some elements of electronic sounds in my music, so this is nothing particularly new, just a different version of what I have already done.

With the problem of violence towards the LGBTQ community in your country, have you received any negative reactions to this track?

Talk to us about your track “Boca de Lobo” that you released in 2018. It’s about Brazil’s political situation from the past five years. Why did you decide to create this song now?

There is a lot of abuse of power that exists here in my country. This track, this video, demonstrates the large breach of trust that exists here from those in authority. This video, this song, is a powerful alert that this doesn’t happen anymore. That it stops now.

With so many references to incidents in the past five years, what is the most important message of this song?

That it’s possible to change. It’s to give space to the younger generation, our youth, because they are the ones that we can hope will make these changes. They are the ones who are looking forward. I look forward to the energy, the value of our young who are building spaces in this global society, making waves in forces for change. It’s a call to them to keep going. There are a huge number of problems in our global environment, atrocious numbers and we need to call on our youth to try and fix them. To put our faith and trust in their hands.

And a serious question: Why don’t you believe love exists in SP [São Paulo]?

Love is big. When a society is organized, we do not create an atmosphere of depression, fear and mistrust. In the big cities, we see this structure all of the time, what is bred is a society of neglect, love is neglected, and in this way, there is no love there. But there is love all around of course, in everything.

What is the city you most enjoy playing in and why?

Thank you so much for your time. Thank you as well for giving us a little bit more information about your music that feeds our curiosity. Artists like you are the voice of Brazil for 2019!

Thank you! I hope to see you all at my show in London.

Criolo will be playing London’s Islington Academy Hall on 10th September 2019. Ticket details and other info can be found at the show’s Facebook event.