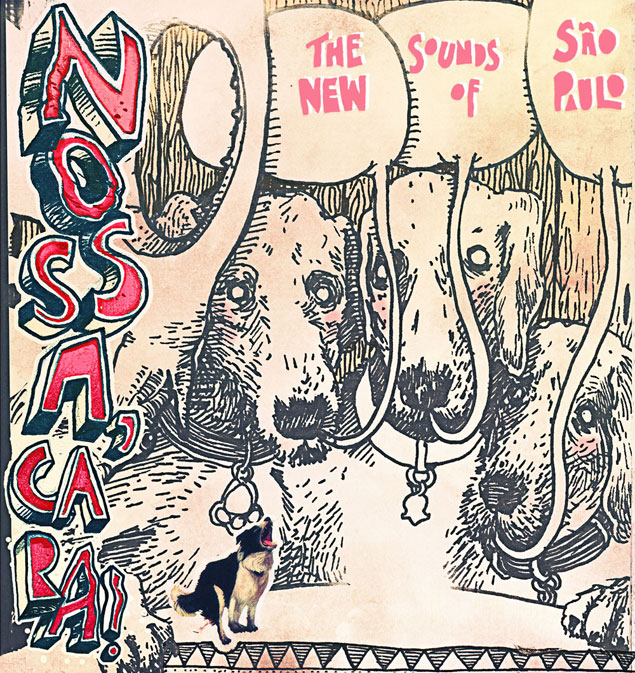 This is the day we’ve been waiting for, the day in which we finally release our compilation showcasing some of the best sounds coming from Sao Paulo. Nossa, Cara! New Sounds of São Paulo is a labour of love highlighting what we think are some of the most exciting artists to be found anywhere in the world, never mind stacked up on top of each other in the same city.

Nossa, Cara! New Sounds of São Paulo in partnership with Brasil Music Exchange features a wide variety of music being made in São Paulo today. M. Takara 3, Psilosamples and Guizado represent some of the exciting electronic music coming out of the city. Chankas and Bodes e Elefantes make music which has a fearless approach to sonic exploration. The sounds of north-eastern Brazil are represented by Iara Rennó, Juçara Marçal e Kiko Dinucci and Metá-Metá (featuring Juçara and Kiko with added Thiago França). R. Brandao and Lurdez da Luz show the way forward for São Paulo hip-hop. They are joined by Tulipa, Bruno Morais and Lulina, who continue the MPB tradition in delightfully absurd ways, Karina Buhr, Juliana R and Bárbara Eugênia who bring a number of new ideas to the Brazilian cantora tradition, and Rafael Castro, who confounds with each new slice of dexterous folk or rock he puts to tape.

Brasil Music Exchange is a project run by BM&A (the Brazil Music Export Office) with the objective of creating relationships between Brazil and the rest of the world by working with artists, record companies, distributors, promoters and so on.