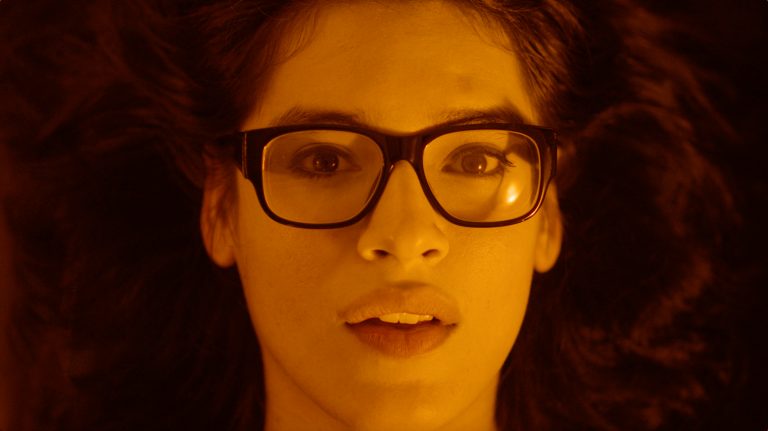 The Garden Left Behind: a Moving Representation of the Life of a Trans Latina Woman in New York City

Towards the beginning of The Garden Left Behind (2019, dir. Flavio Alves), Tina, a young Mexican trans woman in New York City, is undertaking a pre-transition assessment. Her doctor asks, “Are there issues in your life that might complicate the transition process?” Where to start? The obstacles facing Tina are immense. From negotiating her feelings about her transition and her grandmother and boyfriend’s reactions to it, to finding ways to make money as an undocumented migrant, Tina has a huge load on her shoulders. The Garden Left Behind is a necessary and important look at what it feels like to be Latinx and trans in the harsh environment of New York City.

The overwhelming feeling one gets watching Tina’s story is likely intentional, given that the film’s aim is to document the sheer determination trans people like Tina must have to survive in the world, even if Tina herself has support from friends and, initially at least, her boyfriend. As the film progresses, Tina’s chances at a happy life get slimmer and slimmer.

The film’s director Flavio Alves had to hustle to bring this film to light; interestingly The Garden Left Behind was the first independent film to be partially crowdfunded through eBay. And it paid off, with the film picking up several awards, including an Audience Award at South by Southwest Festival in 2019.

But what really makes The Garden Left Behind special is not its unusual fundraising, but rather, its authentic casting. Given many controversies in recent years about trans roles in feature films not being filled by trans actors, it should be celebrated that this film features a large cast of trans actors, including a debut by Carlie Guevara, who plays Tina. Guevara brings across Tina’s difficulties in playing many different roles, as a grandchild, breadwinner, girlfriend, friend, patient and activist so well, switching between Spanish and English throughout the film. The film’s director said the following in a Q&A about researching the film:

We were lucky enough to have the Trans Filmmakers Project join the production team of our film, providing us with a large pool of transgender representation behind the camera, so that they could gain experience making media that will eventually help them to develop stories of their own. In addition to TFP, a long list of other fantastic organizations helped support the film, including GLAAD, who took us under their wing and provided special trainings for our crew of actors, advocates, and allies. For me, as a queer Latinx filmmaker, the idea is always to bring everybody I can to the table to work together […] to elevate various voices from marginalized communities that are otherwise often overlooked.

There is joy, fun and friendship in this unsentimental film, and it’s touching to watch how Tina and her grandmother live together in a tiny apartment bursting with objects and decorations from Mexico. There’s a cute scene where Tina buys a vacuum cleaner as a present for her grandmother, who can’t understand the English instructions, and a fun birthday party scene where Tina’s friends show her – and show Tina’s grandmother too – that she is loved and valued, at a moment when she’s feeling increasingly sceptical of her boyfriend’s feelings for her. But the film doesn’t shy away from depicting emotional and physical violence. Alves spoke about the impossibility of making a film about trans lives in the USA without recognising the violence that this community faces: violence which, in the case of one devastating and confusing scene at the end of the film, is borne out of fear of people who we don’t understand. And it’s this awareness of violence that makes the viewer scared at many points in the film. For example, the simple sale of Tina’s car to a stranger left me feeling terrified, then relieved, when the sale goes ahead without the confrontation I was fearing. When just walking down the street can be dangerous, the film makes it clear how brave Tina has to be to work as a taxi driver and bartender in New York, struggling to find ways to make money as an undocumented migrant. Alves commented on the depiction of violence in the film:

We interviewed several trans women who helped us to shape Tina’s storyline. And while we acknowledge that the transgender experience is different for everyone, interesting enough, nearly every person we interviewed, especially trans women of colour, had experienced some sort of violence, including physical, verbal, and emotional. And, although we are aware that some of the scenes we have in the film could be hard to watch and might trigger emotional response; on the other hand, we think we would be doing a disservice if we had eliminated the violence from the conversation.

There were a couple of things I found difficult to like about The Garden Left Behind. One concerns a storyline about a man who works at a grocery store near Tina’s apartment; his anger towards Tina feels confusing and unmotivated and I felt his storyline detracted from hers. The other is the dialogue of the film. In an effort to fit a lot of plot into an 88-minute feature, some conversations feel too obvious, with characters having to say what’s going on or how they feel in sometimes clumsy dialogue instead of being given the space to show this. And there’s a scene where Tina’s grandmother finally starts to use her grandchild’s chosen name that feels overdone. But perhaps this ‘overdialogue’ also chimes with the situations Tina and her friends have to go through, having to openly share their stories over and over again, whether with doctors assessing their eligibility for gender reassignment, with people who can’t recognise their gender is not the one on their ID, or with the media, when yet another friend becomes the victim of transphobic violence.

The Garden Left Behind allows viewers to really see trans lives on screen in an intimate, moving and important way.

The Garden Left Behind is available to stream on iTunes, Amazon, and other on demand platforms.