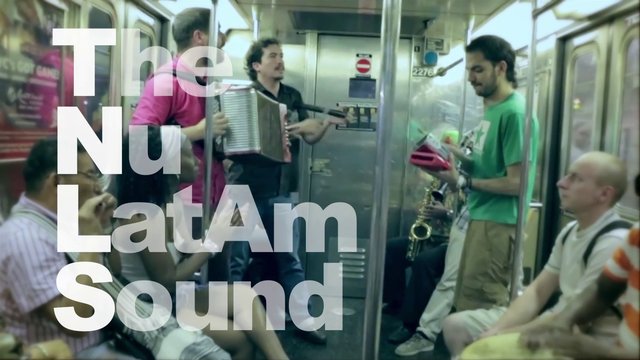 It looks like it could be the programme Sounds and Colours was born to watch. The Nu LatAm Sound is a documentary series from ZZK Films, an offshoot of the Argentinean ZZK record label, which looks at the musical revolution to have occurred in South America in recent years as a new wave of musicians have merged traditional styles with external elements such as techno, dub, hip hop and rock to create a thrillingly distinctive new sound.

Narrating this story is a stellar cast of many of the region’s most innovative groups and it’s enough to make your average Sounds and Colours contributor go weak at the knees. Listing the participants in The Nu LatAm Sound is like a roll call of those at the vanguard of contemporary South American music: with Ondatrópica, Bomba Estéreo, Systema Solar, Dengue Dengue Dengue, Meridian Brothers, King Coya, Frente Cumbiero, Miss Bolivia and numerous others, this appears less a mere series and more like an opus of today’s continental music scene.

The trailer recently appeared on Youtube and to say it looks promising would be an understatement. From the opening shot of the two founding members of Ondatrópica, Frente Cumbiero’s Mario Galeano and Englishman abroad, Will Holland, i.e. Quantic (who both seem to have finally recovered from celebrating Ondatrópica’s debut being voted S&C’s best album of 2012), through interviews and live segments of many of the aforementioned artists, the trailer packs enough into its three minutes to give an idea of the expansive nature of the series.

The Nu LatAm Sound is targeted at a wider international market, with English subtitles and broader explanations of the contexts of contemporary South American music from the likes of Miss Bolivia, King Coya’s Gaby Kerpel, and Li Saumet and Simón Mejía of Bomba Estéreo. This expansive approach should see the programme appeal to newcomers as well as longstanding aficionados.

The series comes from Argentinean director Pablo Mensi and producer Grant C. Dull. Transmission details have yet to be confirmed but the filmmakers hop to find both television and online viewing platforms. Sounds and Colours will soon be interviewing Mensi about the The Nu LatAm Sound but, until then, we suggest getting your teeth stuck into the trailer. You could say we’re excited about this one.