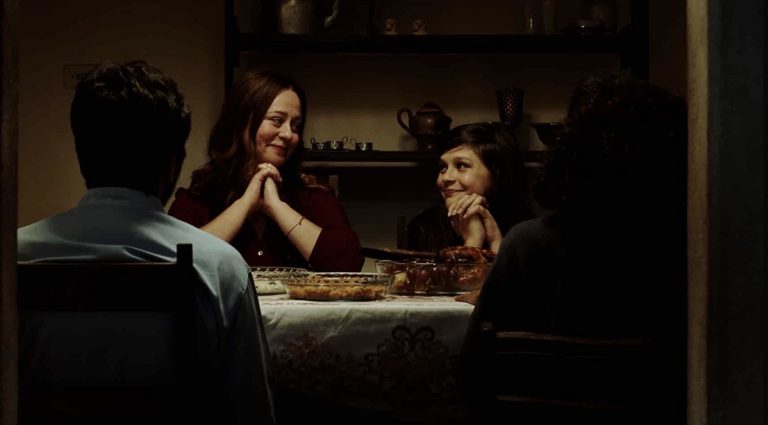 ‘Valentina’: An Eye-Opening and Moving Depiction of the Challenges Facing Trangender People in Brazil

Valentina (2020, directed by Cássio Pereira dos Santos) is one of four Latin American films, including features and shorts, being shown at the 35th BFI Flare: London LGBTIQ+ Film Festival 2021, running until 28 March. Elected Best Brazilian Feature Film award at the prestigious São Paulo International Film Festival, it tells the story of a transgender teenager and her attempt to live like any other individual of the same age.

Led by the extraordinary Thiessa Woinbackk (an influential and popular Brazilian YouTuber) in her debut role in a feature film, from the very start we understand that Valentina’s wish is far beyond her reach. She moves cities with her mum, hoping to start anew and to go back to school, which she had previously dropped out of. With her new legal name, people wouldn’t know that she was transgender and she could lead an ordinary life. However, after being sexually assaulted at a party, she’s outed and goes on to suffer further emotional and physical violence.

Gladly, she has the support of loving friends, played by a strong ensemble, and a fierce mother, played with guttural strength by Guta Stresser (who was unforgettable as Nina in the eponymous 2004 psychological thriller directed by Heitor Dhalia, which was inspired by Fyodor Dostoevsky’s novel Crime and Punishment). Even though the pain Valentina and the people who stand by her feel is palpable, her courage and determination to accomplish her dream to go back to school are bigger than any social stigma she comes across.

Valentina is an eye-opening and moving depiction of the challenges faced by the trangender population in Brazil (and in the world). It ends with the alarming information that 82% of transgender people don’t get to finish school and that their life expectancy is 35. The film’s final scene, however, with the lead character at last answering the school attendance sheet by her new legal name, gives us hope for a more inclusive future.

Valentina is being shown at the 35th BFI Flare: London LGBTIQ+ Film Festival 2021 until 28 March. Book your tickets here.