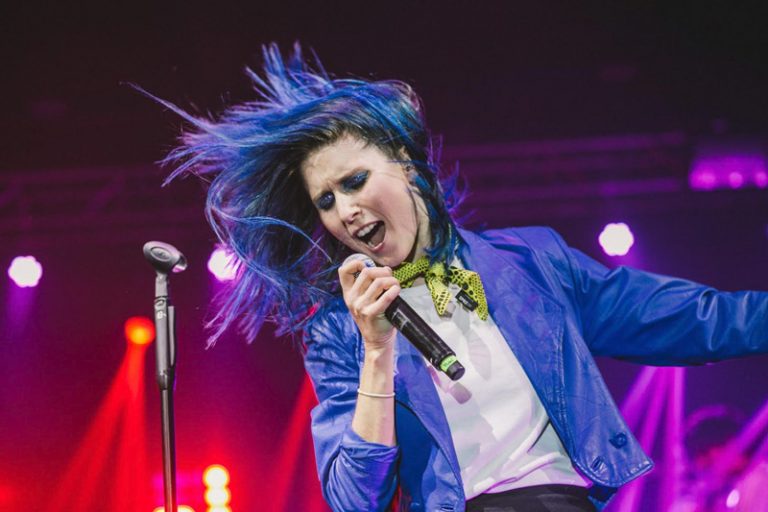 “Women are refused equal participation in so many different areas of the industry, where there are ingrained barriers – whether it’s the treatment of women or the expectations and demands on women”, Francisca Valenzuela told us last March, ahead of the debut of Ruidosa, the festival she pioneered and directed in her hometown Santiago. Through a series of panel discussions and concerts taking place throughout the day (and an all-female lineup), Ruidosa aimed to address the areas of inequality and sexism within the music industry. Guests of the Chilean version of the festival included Javiera Mena, Camila Moreno and Denise Rosenthal.

Six months later, after the success of the Chilean installment, S&Cs speak to Francisca again about the festival’s upcoming second edition in Mexico City, which takes place on the 4th and 5th of November. “The Chile event felt cohesive, authentic and fluid, which was very special. My expectation was just to get through it and see what happened, as I had no previous notion of what it should be like. It really exceeded my expectations,” she says. “So, that outcome was a very positive response to activate and stimulate the second the step, which is Mexico”

While following the same format as the original Chilean festival, the Mexican edition has expanded from one to two days, featuring an additional panel discussion and an after party. “We wanted to devote an extra panel to the more underground scenes in Mexico. Our collaborators have developed local cultural experiences, and this association has allowed us to build relationships with all types of people in the art world” she says. 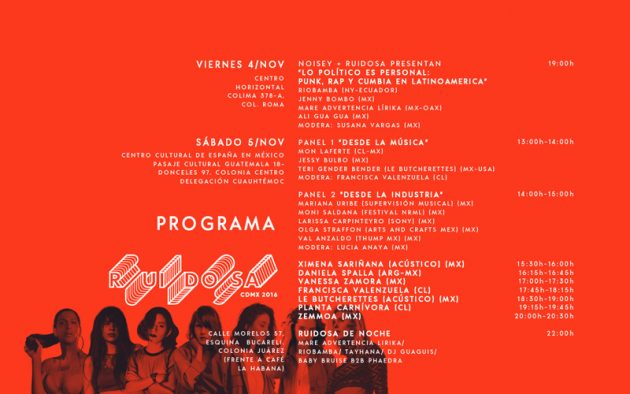 The Mexican Ruidosa devotes extra attention to the indigenous contexts of the feminine struggle, “…in Mexico you have these fights we see regionally, which have to do with topics such as domestic abuse and abortion, but also there’s a whole other area in terms of indigenous communities” says Francisca. “We have a tremendous indigenous activist coming in (Zapoteca hip hop artist Mare Advertencia Lirika); so there is not a limit to what we feature – if we had more time we would have had more people.”

Lirika will be a guest in one of the additional panels, on Friday 4th. Focusing on punk, rap and cumbia in Latin America, the panel also features New York/Ecuadorian DJ Riobamba, guitarist Jenny Bombo and Chilean rapper Planta Carnivora, and will be moderated be Mexican author Susana Vargas.

Saturday 5th will include two panels incorporating figures around the mainstream-orientated side of the Latin music industry. The first panel will be devoted to perspectives of female musicians, featuring guests such as Mon Laferte and Jessy Bulbo, while industry professionals, ranging from major label management positions to music journalists, are featured in second panel. Concerts include sets by Francisca Valenzuela, Mexican musicians Zemmoa and Daniela Spalla, among others.

The event will be capped off with an after party on Saturday night. 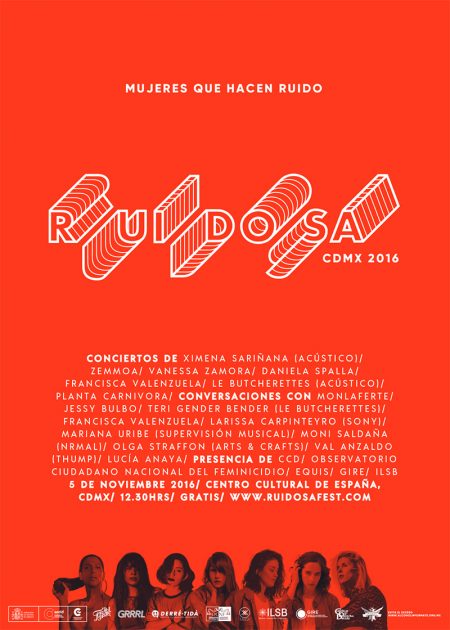 Find out more at ruidosafest.com