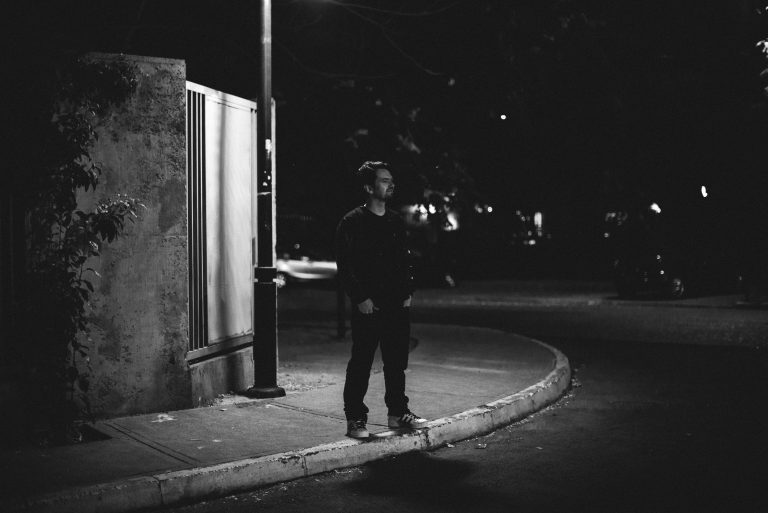 Joining Forces As A Tool: An Interview With DJ Dementira

With the recent release of the fifth year anniversary compilation of Discos Pegaos from Chile, we feel the need to talk with one of the key players at the label. Multifaceted yet still low-key and very approachable, Ariel Altamirano has been a prominent figure in the development an alternative Chilean music scene.

As Dementira he produces and mixes all of his musical influences with DJ sets that move from genres as diverse as his occupations. Those areas of influence touch abstract hip-hop with cover artwork designs for groups like FDA and Como Asesinar A Felipes, yet he is also involved in the indie pop movement as a backing musician for Fakuta and Gepe. We shared a couple of thoughts with him that we now want to share with you.

How was Discos Pegaos born?
Discos Pegaos started in the year 2010 as an idea we had alongside DJ Vaskular, of putting together an editorial platform, to release some friend’s music, our own and also from new people that were making music that was then being spread in platforms like MySpace, Soundcloud and others. That idea crystallized on January 2011 when we launched the label and our first three EPs.

Can you introduce us to some of the label members?
Maybe the most active members in the label are: Alpha S, (also known as Alpha Stronggah) who has edited a lot of material and is known for a very characteristic use of sampling and appropriation of urban electronic rhythms; Motivado, now director in the label together with me, he is also one of the producers who has the most releases on the label. With his music he is investigating disco-boogie Latin rhythms with a lot of emphasis on song structures, with a powerful live set using analogue machines in a narrative way, that is very club oriented but also apt for live performances; Valesuchi, who has become one of the go to DJs in the Santiago nightlife scene and she has also performed in various international festivals; AyeAye, has just released his SaYAa EP on the label, which is one of the finest works on our imprint. He has a long history in the national underground (being part of the band Mostro, and having a CDR label called Horrible Registros) maintaining a very personal local-global language. Well of course we recommend the works of every one of our artists like Janaki, Tonossepia, Blit, Rammsy, Vaskular, Poki Tatane and more.

Why is it so important to group together as electronic producers?
It is important because the channels and the cultural thing here in Chile has been always a little hard, and besides, our music is for a very specific audience. This is not popular music, so joining forces make us all learn from ourselves and allows us to better display our work, creating an audience and a standard to show what we do.

What are the elements that make electronic music in Chile so interesting?
I think that the fact of being a capitalist experiment, Chile has been open to a direct influence of Western electronic music for long, that’s why there are musicians that have absorbed the language for a long time. That, mixed with the fact that we are at the end of the world and a little isolated geographically, has given us a certain identity, a kind of melancholy, and a precariousness of the third world that shapes the best references of the genre down here.

Do you think there is space for the genre to consolidate in the country?
That is not so clear to me, there are spaces and others that have been conquered over the years, but the more creative things, the more edgy, and to say it straight, the most original electronic music isn’t getting into the great venues and parties. There is a certain class bias in the people who promote the mainstream electronic events (as happens with a lot of things related with ‘high culture’ in our country). I think they are not valuing enough the musical projects that could identify us more as people from this latitude.

In your opinion, how would the scene function in an ideal world?
I have always thought, and this is a reason why we established the label, that the scenes are moved by the material that is being put out, by the music that is being created, what I mean is that the people that are making good music should be the ones having the opportunity to play more. Evidently we know that ‘good’ is subjective, but in places like Chile, and I know that this happens in a lot of other parts of the world, a lot of space is given to people who aren’t putting anything over the table, or releasing anything, for a long time, it is only based on the lobby and the cronyism. The scene should always be releasing/promoting/reviewing the people who are practising and working hard on material and proposing new ideas or developing their music on a serious level. There is also a role played by more people than the musicians, the journalists, the magazines, the clubs and the promoters. At the bottom of it all there is a dialogue between many actors, based on the music that is being made.

What are the label’s plans for the rest of the year and 2017?
We want to produce physical copies of Discos Pegaos Cinco on double CD, that’s first, and we are working on a very beautiful edition to commemorate the occasion. There are also some releases on the horizon, the most certain at the moment is something new by AyeAye, who is currently producing a lot of material.

What are some of your favourite memories from the last five years?
I believe that when artists from the label have played in important venues, they have always been the instances that have made us really happy and we try to remember and treasure them in a cool way; the time we released our first vinyl-pressed record!; also, on our anniversaries when we try to reunite the whole crew and have some fun; and of course i have to say our ‘completadas’ (hot-dog eating meetings), hehe.

Tell us a little more about the compilation
The compilation is a way of immersing in our catalogue and taking a glimpse of what we have done so far. It consists of two parts, the first is unreleased new material from the active members on the label, where there are ten tracks to see the present and the future of Discos Pegaos. On the other side we have a recollection of the label’ greatest hits, and of all the artists that have published a release, with 14 tracks that show an accurate panoramic view of the five past years of our work.