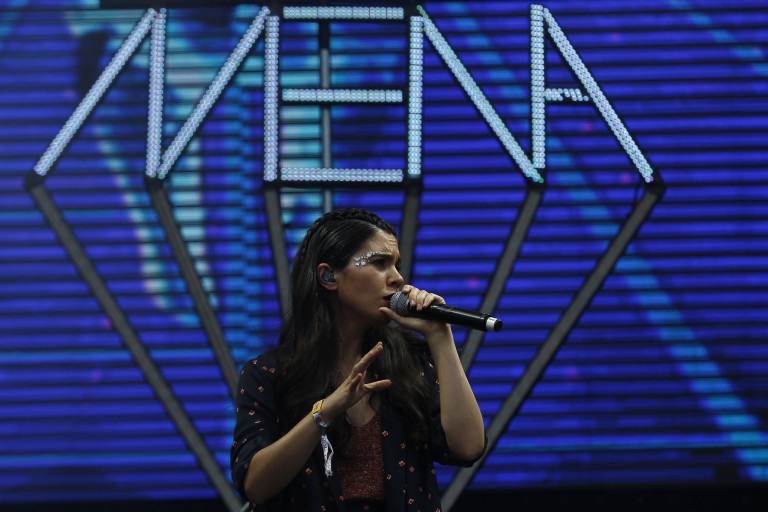 Chile’s ‘end of the world’ location and relatively small population give it a disadvantage when it comes to international bands touring the country. Unlike Rio or Buenos Aires, few artists include Santiago in South American tours, and those who do are only acts that play expensive stadium gigs. Smaller, more affordable shows by lesser-known musicians are harder to come by.

That’s what makes Lollapalooza so attractive to Chileans. Since the festival’s debut in the country six years ago, Lolla has catalysed the live music scene in Chile and has brought many international artists to the country for the first time.

You would think then, that the Chilean musicians who so often play in their own country might feel the pressure while competing with such high profile international stars at Lolla, but large crowds still turned out to support home-grown talent.

Javiera Mena (pictured at top) had a lot to prove last Saturday. She had been widely criticized for her lukewarm headline performance at last month’s televised Festival de Viña concert, when she forgot lyrics and awkwardly duetted alongside Alejandro Sanz. With her live reputation at stake, her lack of showmanship at Viña was a talking point on social media and in the press. Thankfully she redeemed herself at Lolla. As one of the opening acts on the Itau stage, she drew a large audience of around 10,000 people. Her synth-heavy, electro pop music got the crowd dancing, especially during hits such as “La Joya” and “Espada”. News website Terra commented that the show had “finally positioned her as one of the faces of Chilean pop music”. 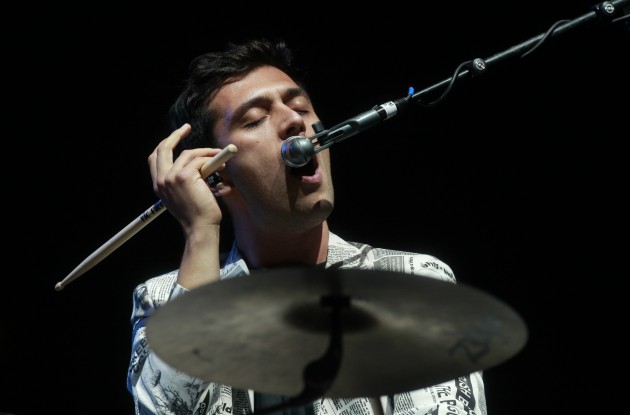 As one of the headline acts of Lolla Day 1, multifaceted ‘pop-andino’ artist Gepe (pictured above) provided a welcomed alternative to punters who didn’t care to see Eminem’s Chilean debut or rave to Zedd’s electro house. The opening notes of Gepe’s set (the brass horns of “En la Naturaleza”) were met with rapturous applause from the crowd, kick-starting a fast-paced and animated show. Gepe talked little, yet performed flawlessly. He is one of the rare musicians who can lead a show from behind a drumset. Backing dancers and a full band accompanied him on drums as he performed hits such as “Bacan Es Tu Casa” and “Alfabeto”. During a stripped back performance of “Fruta and Te” he donned a guitar; a mass sing-along from the audience ensued.

“We’re all going to dance, all of us!” he urged the audience before closing the set with “Bomba Chaya”. Leaving the audience chanting ‘otra cancion’, Gepe exited the stage after what can be deemed a career-defining show.

All in all, Lolla 16 confirmed that there is still more than enough space and demand to showcase local Chilean talent amongst massive international stars. This year’s festival billed over twenty Chilean artists – including Movimiento Original, Aguaturbia, La Gaucha and Planeta No.