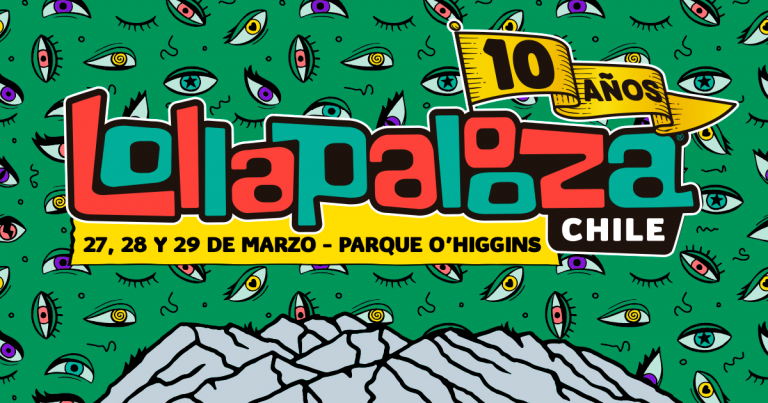 It’s a hard time to pinpoint trends in South American music. While urban and reggaeton styles are conquering the world, individual countries are listening to a range of musicians that not only incorporates different styles, but a broad range of artists. Celebrating its tenth anniversary, the 2020 edition (March 27-29) of Chile’s Lollapalooza (the first Lollapalooza that was launched outside of the USA), showcases this elective and exciting time in Latin American music, billing some of the region’s best mainstream and upcoming artists alongside international stars. Sounds and Colours takes a look at the line up:

Argentine electropop icons Miranda! play the second day of the festival. It’s hard to believe that next year marks 20 years since the band began in 2001, their upbeat, insanely catchy repertoire still feels young today. Constantly played in the clubs of Santiago, Miranda! will surely attract a senior crowd who can recite each song by heart, as well as youngsters seeing the band for the first time. Chilean singer Cami combines heartfelt pop songs with powerful vocals, the pint-size star always commanding her homeland audiences. Despite releasing her first record only two years ago, her intimate shows with fans and exhaustive touring in her homeland has earned her a devoted fanbase among younger Chileans, who will loyally be by her side on her Lollapalooza debut.

Chilean electropop goddess Javiera Mena will take to the Lollapalooza stage for the third time this year, three years after she last conquered the festival. This year she’s back to play the hits alongside tracks from her latest album, the 2018-El Guincho-produced Espejo. Openly gay, she’s vocal about lesbian rights and speaks out against any injustice happening in her country — for queer fans, it’ll be a reward to watch such an important lesbian act share the Lollapalooza 2020 bill with other soaring international gay female acts such as King Princess and LP.  Pabllo Vittar hasn’t stopped her meteoric rise, soaring beyond queer pop stages to conquer the international and mainstream. Her show promises to be a highlight of the Santiago fest.

It’s no secret that Lollapalooza will be taking place at a politically-tense time in Chile. Last year the second biggest festival, Primavera Fauna, was cancelled because of the violence and unrest of the ongoing protests. Chilean musicians have been vocal against the state violence and have been present on the streets. It’ll be interesting how politically-charged folk-rock acts such as Camila Moreno and Javiera y los Imposibles use the festival’s wide-reaching platform (the festival is also shown live on television) to make statements about the tense political atmosphere in the country.

Like last year, urban styles are still very present, Lollapalooza’s line up is packed with young Chilean trap stars like Pablo-Chill E, Polima Westcoast & Young Cister, Cease and Princesa Alba. Hip hop battles are always appreciated at a Lolla crowd, so Batalla de los Gallos is sure to draw a crowd and present some of the freshest verses from 2020 upstarts. Meanwhile, Colombian-US star Kali Uchis also brings her jazz-infused urban songs to the Lollapalooza stage for the first time.

Lollapalooza Chile will be taking place at Parque O’Higgins, Santiago on March 27-29 2020. More details at lollapaloozacl.com