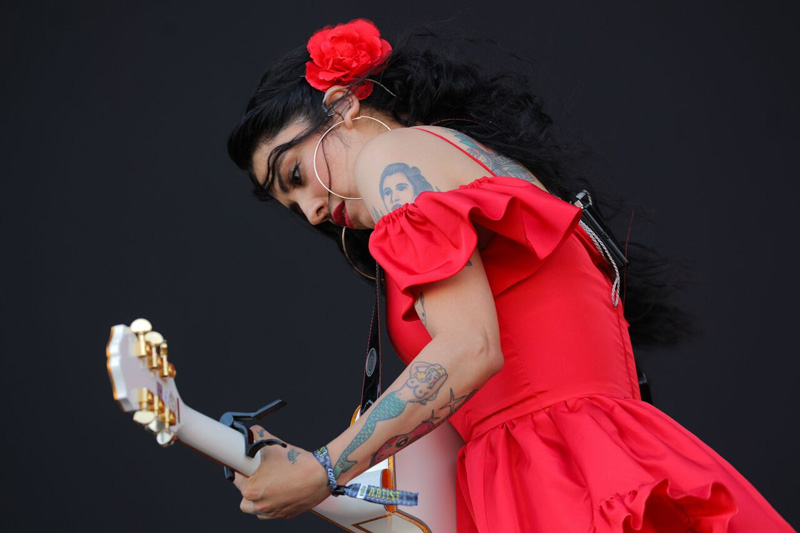 Lollapalooza CL is More Than International Stars: Chile’s National Talent is Among the Best

Perhaps it´s the extension of Chile’s biggest music festival from two days to three, but this yea’s Lollapalooza Chile was packed with national artists, arguably more so than any other occasion during its eight-year history. Despite none of them filling headline slots, like Gepe a few years ago, the Lolla bill was graced by newcomers to the Chilean music circuit, as well as longstanding fan favourites.

Friday had a sleepy afternoon start, while punters slowly arriving to the festival grounds, but good music was being played from the get-go. While you can note the psych influences of the likes of Pink Floyd in both Concepción’s Hausi Kuta [pictured below] and The Ganjas, similarities end there. Hausi Kuta‘s artsy melodies provided some reflective tranquillity for a refreshingly mellow beginning to the festival; while The Ganjas‘ riff heavy, prog rock awarded basking punters escaping stagnant heat at the leafy Lotus stage. 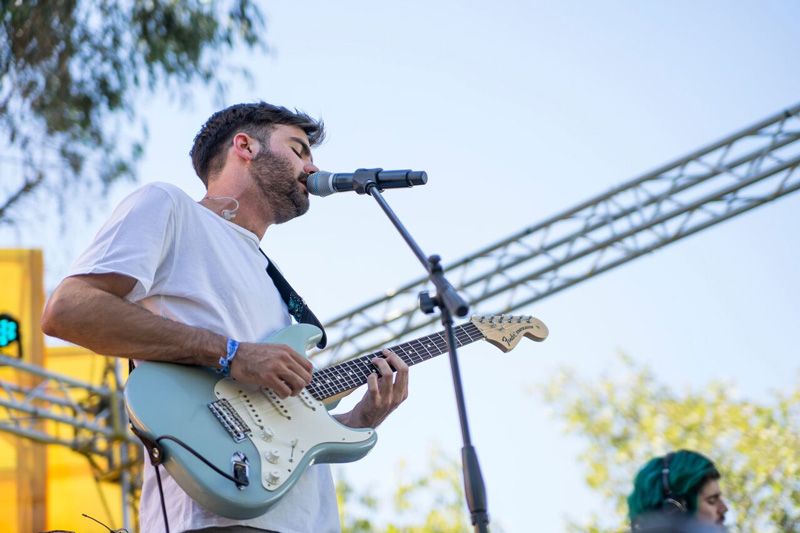 Like or loathe the music, you could go to Sinergia‘s show and just be amused by how insane it all is. Quintessentially Chilean in lyrics if not in sound, the spoof metal band attracted a sizeable crowd that were among the liveliest of the whole festival.

If anyone´s seen 31 Minutos, you’ll know it’s more amusing for adults than for the children it appears to be directed to. During their Friday and Saturday live sets at the Kidapalooza stage the puppet ensemble went through some of their most popular songs, earning mass sing-alongs for a flawless transformation of their hugely popular television show to a live set. If you’re going to see puppets at a festival, its got to be them. 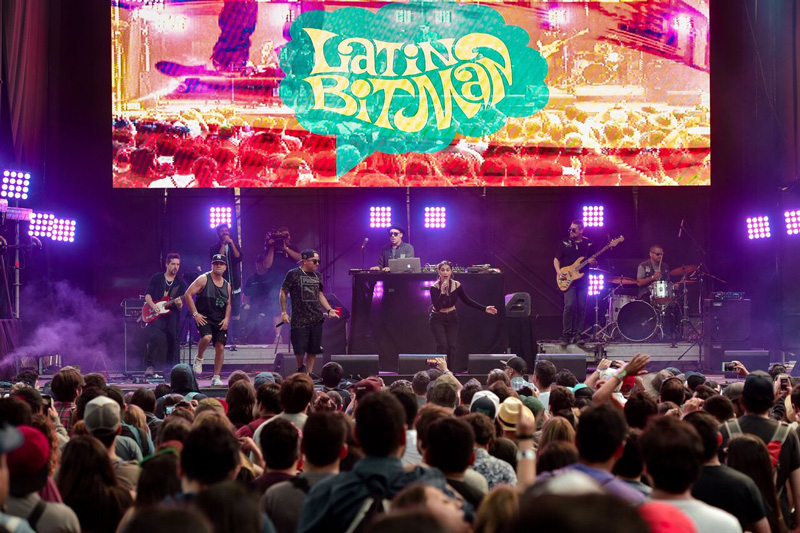 Saturday began with Fran Straube, of Miss Garrison, exhibiting her new project RUBIO. It’s difficult to fill an early slot of an indoor stage, but the vast darkness was fitting to her haunting, synth-heavy electro sounds. Old school, good time vibes were later provided by DJ Latin Bitman [pictured above] who has become somewhat of a Lollapalooza veteran, making his first appearance at the festival six years ago, while this show was an enjoyable, funk-infused celebration which marked 20 years of his career. Mon Laferte [pictured at top of article] can be heard in every taxi, every supermarket, pretty much every radio across Latin America right now, so it’s no surprise she’s one of the biggest stars in her home country. Mega hits such as “Amor Completo” and Latin Grammy winner “Amárrame” could have got the biggest response, but it was hard to tell, as the crowd sung every word of her hour-long set regardless.

While Liam Gallagher was cutting sets short and Mac DeMarco filling his with prank covers on Sunday, Chile’s own provided much needed alternatives. Moral Distraída opened Sunday with their playful party songs, mixing in a bit of reggaetón and salsa to their tropical mix. At the same time MKRNI’s psychedelic synths mixed with pop hooks got the first feet dancing. Later in the day, Roman & Castro [pictured below] blasted through a mind-blowing techno set, with Jessica 6’s Nomi Ruiz providing vocals on some new tracks they debuted at the show (her friend and collaborator Dani Vega, fresh from last month’s Oscar victory, was in attendance). Matanza stoically finished the event off with their Latin-folk infused with tribal electro, managing to get the weary Sunday evening crowd dancing. 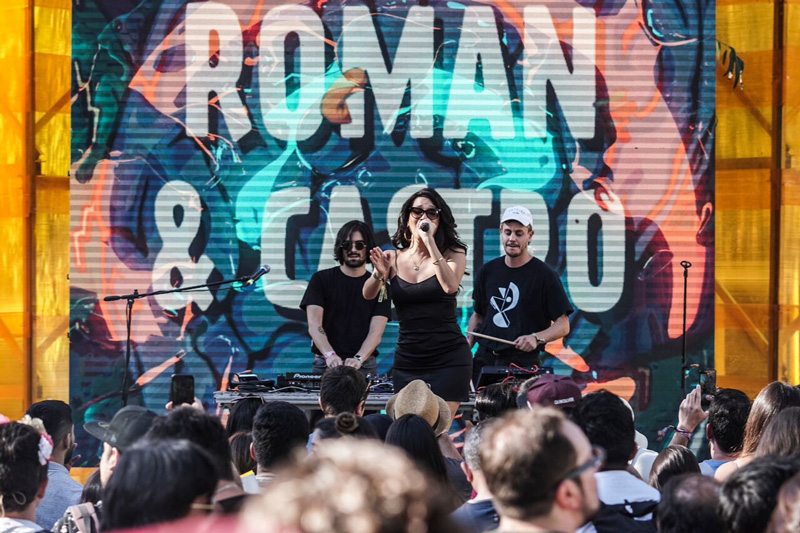 Lollapalooza Chile is widely known as a one-dimensional expensive mainstream pop festival that functions solely as a platform for huge international artists. But it goes beyond that, and works well as an alternative music event offering a program full of great national acts playing smaller stages or earlier slots. While other national-focused festivals like Cumbre de Rock Chileno are affected by last minute line-up changes and annually achieves to irk some artist out of the bill, Lolla CL is an incomparable event to discover local bands and artists, all whom can be seen before the glitzy headliners. Next year, be sure not to arrive late.