Ciclo Mi Casa Su Casa is a monthly event in Santiago, where two or three artists perform to a small crowd in a comfortable, home-like setting. The concept was conceived in 2011, after organizer and musician Natisú became tired of getting rejected for gig spots, “…back then, I was an unknown artist just starting out, and I couldn’t find anywhere to play. I’d write to a place wanting to perform, but venues would reply saying they were fully booked for the next year,” she says. “My heart was breaking each time I got that reply. So, I decided to invite people to my home.” Transforming her home into a performance space, she created an intimate and trusting environment, a unique live music experience valued by both the artist and the audience. Following the successes of the first shows, the event turned into a series which billed Natisú along different musicians each month, performing to audiences of around 50 people.

Ciclo Mi Casa Su Casa was put on hold for a while, purely because the event relied on Natisú’s living situation, “I was between houses,” she explains. It has since started up again, relocating to a public space in La Planta, but manages to hold onto its atmospheric, homely gig environment. A spacious, old, creaking-type of house, La Planta is somewhat of a rarity in Santiago’s built-up centro. You enter through an almost hidden doorway, walk down a narrow hall, past rooms which host various creative ventures (a clothes boutique, a café, a wood carving workplace…), to get to the garden: an expansive, leafy and quiet space sheltered from the city noise, which is where Ciclo Mi Casa Su Casa is held. Nowadays, Natisú doesn’t play all the events, but she hosts and often provides backing vocals alongside performers.

Toward the end of the year, the event dedicated itself solely to female artists, a move motivated by the female-driven movements and demand for gender equality that took place globally in 2017, “I saw what was happening throughout the year, and I thought I wanted to do something, to dedicate some space for women” says Natisú. Artists such as Planta Carnivora, Paz Court and Francisca Valenzuela played separate installations of the event, with the female-only series culminating with performances by Camila Moreno (pictured at top of article) and Natisú herself.

Ciclo Mi Casa Su Casa is taking a summer break and will resume in April. More information can be found here. 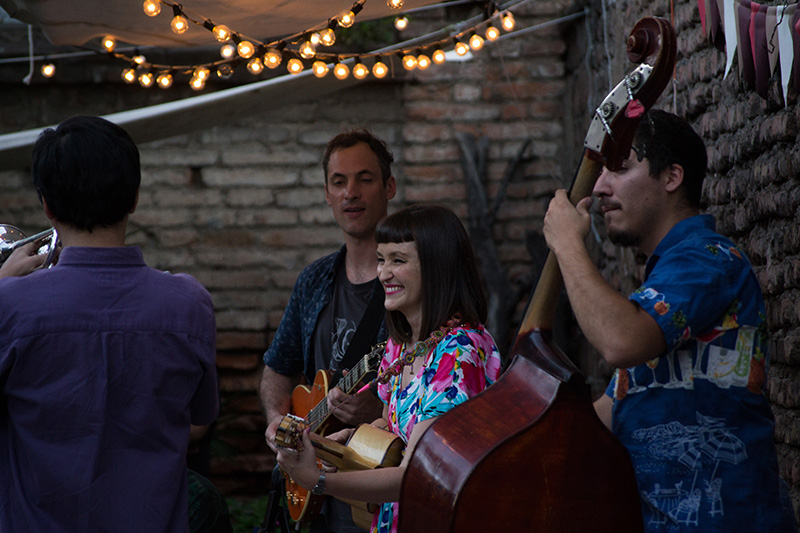