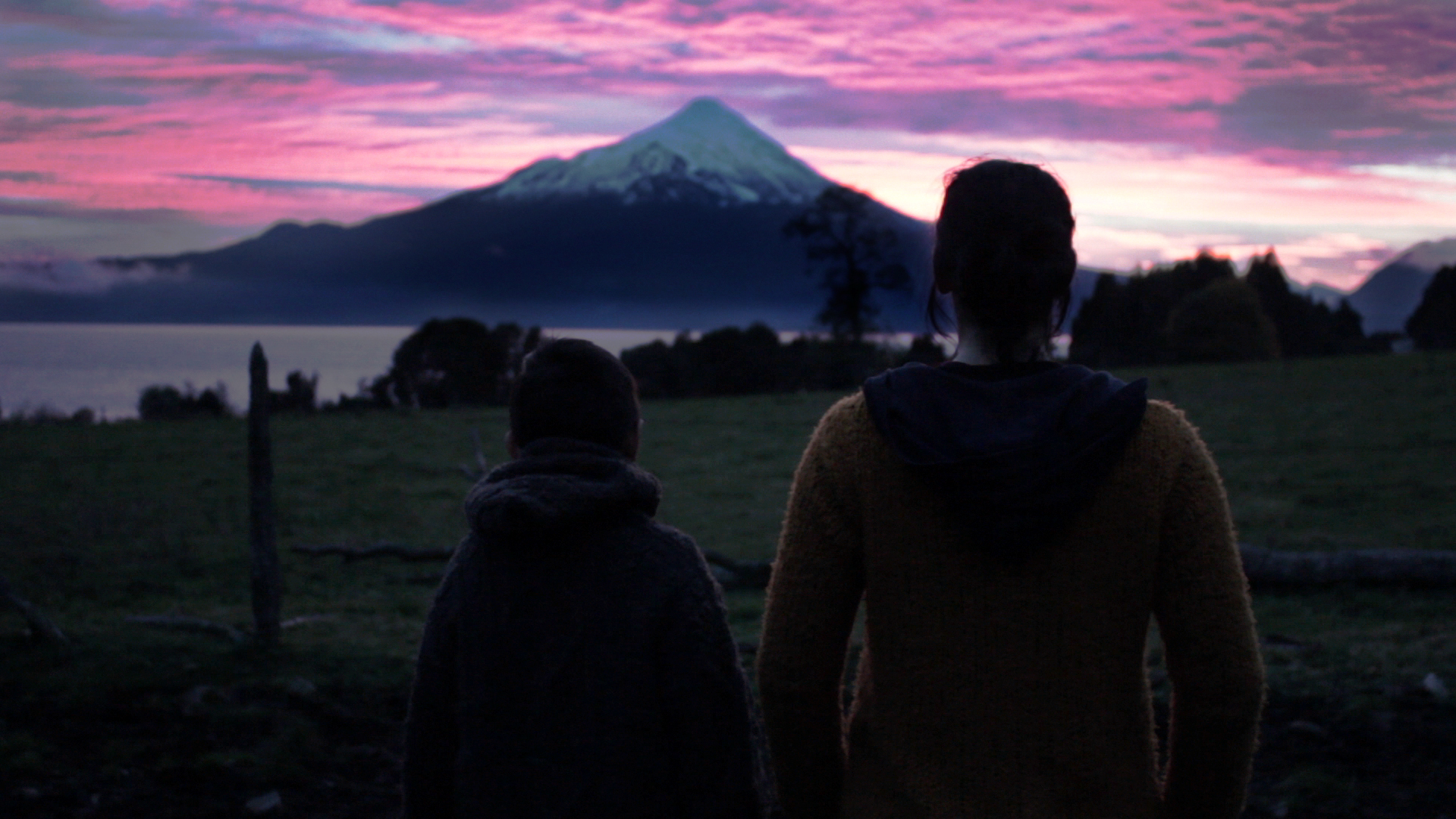 No sooner had I finished writing about Matías Luchessi’s Ciencias Naturales, detouring for just a couple of quick cocktails at the French Embassy function next door to the BAFICI press room, when what do I behold? Another film which virtually replicates the Ciencias Naturales storyline, a young child looking for their father and helped by a concerned non-relative. The film this time is Raíz (Root), in which events take place in Southern Chile. Amalia lives in Santiago but is back in her home town following the death of an employee of her mother and takes the dead woman’s young son Cristóbal under her wing. Amalia’s mother is in poor health and in no condition to take responsibility for the child, while Cristóbal’s only known relative is a sour-faced aunt who has no interest in her nephew. The two set off in search of his dad, with little information to go on other than that he lives “in the country.”

In addition to following a highly similar narrative path to Ciencias Naturales, Matías Rojas Valencia’s film is also similar in that it makes tremendous use of natural landscapes, as Southern Chile’s immense volcanoes and eerily misty lakes evocatively reflect the sense of foreboding isolation faced by Cristóbal. Unlike the Argentinean film, it is the character of Amalia, played by Mercedes Mujica, rather than the child who is at the film’s centre. Attempting to establish herself in Santiago has not been easy, particularly considering her mother’s condition, and Cristóbal’s situation provides her with purpose and escape from her own struggles. Unlike the impulsive and fearless Lila in Ciencias Naturales, Cristóbal is a withdrawn and sullen child, retreating further into his shell following the death of his mother. It is another impressive performance from a young actor, Cristóbal Ruiz, albeit one which doesn’t quite warrant the screen-scaling heights of Paula Hertzog as Lila.

I also enjoyed Raíz‘s closing credits, which are preceded by a panoramic sweep through a intensely-green valley soundtracked to some blistering trip hop. In October, the film won the award for best Chilean film at the Valdivia Film Festival, the most important in the country. It’s an easy decision to understand.