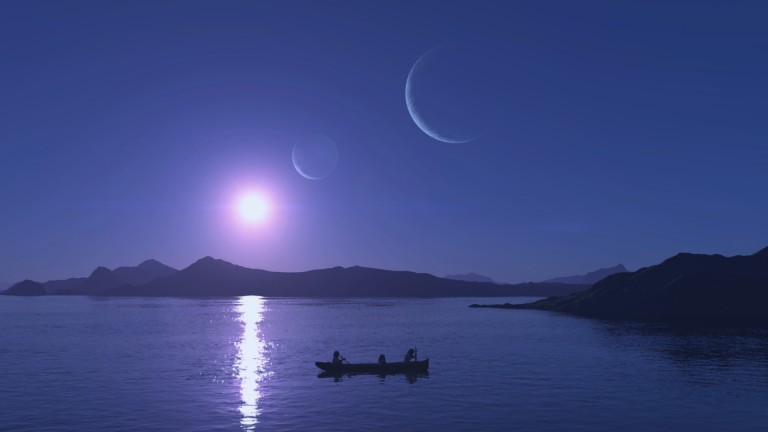 “The Indians of Patagonia believed that souls didn’t die and that they could live again as stars.”

Five years after making Nostalgia for the Light, Patricio Guzmán comes back to fascinate us again with the second in a proposed trilogy of documentaries, The Pearl Button (originally released as El Botón De Nácar).

Preoccupied with Chile’s history and the struggles of the repressed, Guzmán is rightly considered one of the most significant film-makers and politically-conscious documentarians of Chile. His three-part documentary The Battle of Chile is regarded as one of the most crucial pieces of art for the emergence and evolution of the Third Cinema movement in Latin America during the 1970s. Forty years later, Patricio Guzmán is still surprising us.

In his new documentary, The Pearl Button, he takes a journey to Patagonia to explore the western coastline, the spectacular beauty and mystery of the ocean, and its inhabitants’ history. Combining archive footage with shots of the magnificent Patagonian landscape, he investigates the history and life of the indigenous tribes that have lived there for thousands of years, and who have a special connection with the sea. Guzmán describes the arrival of the Catholic settlers in the 1880s that came to civilize the indigenous and “dressed them in old clothes that were contaminated with the germs of civilization”. Gabriela Paterito, a member of the indigenous Kaweskar people that survived in the area, admits that she doesn’t feel Chilean, revealing the huge gap between the white settlers and the indigenous tribes.

The water is a basic element in the narrative of the documentary and, in particular, it is the guiding principal and connection point between two different but very similar stories: the extermination of the indigenous people by the Catholic settlers and the extermination of Pinochet’s opponents by the authoritarian regime. From the violence towards the indigenous, Guzmán transfers the audience to the crimes of the Pinochet’s dictatorship. Dawson Island, located within the fjords of South Patagonia, was an exile location for both the indigenous tribes and Allende’s supporters one century later. The sea, which was vital for the survival of the indigenous, is also the location where thousands of Pinochet’s opponents disappeared.

In contrast with the style of his early works, in which we see a direct and imperative way of addressing the audience, in The Pearl Button, Guzmán uses a poetic and lyrical tone with his calm and peaceful voice-over to present his investigation. However, his political implementations are still very dominant in his film. Despite this delicate sense of travel and lyricism, his political approach is clear and effective while the revelation of the horrors towards humanity actually shocks the audience. As he clearly mentions: “Nowadays we still need to talk about these events, but it is perhaps best explained in an indirect way using the language of poetry.” In the film he attempts to portray the cruelty and barbarism of Pinochet’s regime by combining fiction elements with the documentary narrative. The reconstruction of the extermination methods of the dictatorship disturbs and shakes the viewers, as it creates a direct effect of reality.

With The Pearl Button, Guzmán reveals the uniqueness of this spectacular region called Western Patagonia: morphological uniqueness (with the numerous fjords and thousands of miles of coastline) but also historical uniqueness, as it incorporates the traumatic history of the disappeared people. With his poetic language, he takes us on an exciting and melancholic journey to discover the history of the inhabitants of Patagonia. As the poet Raúl Zurita suggests: “This part of history associated with water, ice, volcanoes is also associated with death, massacres, abuse, genocide… If water has memory, it will also remember this”.

The Pearl Button is in UK cinemas from March 18th. For more details on where the film is screening visit newwavefilms.co.uk/view-film-detail.html?viewListing=MTMy&cat=1 (click ‘Where It’s On’ on the left for screening dates)