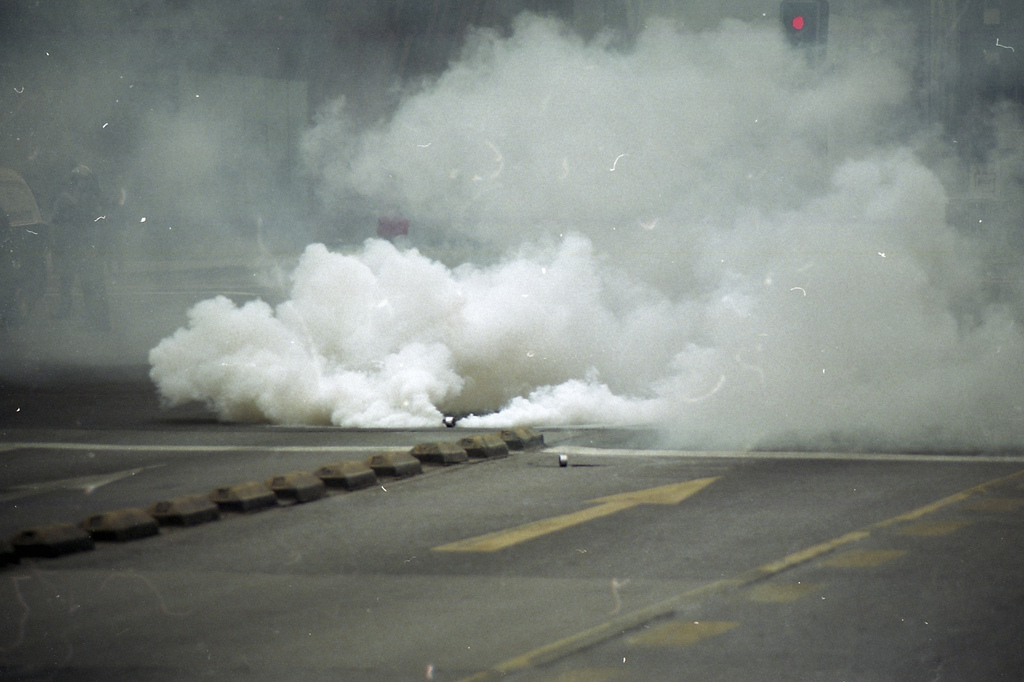 Winter in the Southern Hemisphere is the time of the year when Chile awakens to popular uprisings, with university occupations and student protests common through these coming months. Gaining worldwide recognition in 2011, the Chilean student movement has never stopped. This year it has revived the discussion on police brutality due the case of Rodrigo Avilés, who was severally injured on a march. Let’s hope the Copa Ámerica (South American football tournament), which starts in Chile on 11th June, doesn’t create a diversion from demands over political corruption and social issues. To make sure that’s the case, here is a list of chronologically-ordered songs from the 60s to present that illustrate the struggles of the common people from the Republic of Chile.

Violeta Parra “Me Gustan Los Estudiantes” (1963)
Students have always been a libertarian force. Violeta Parra knew it and she wrote a beautiful tune just for them. This song and its timeless lyrics are hard to find recorded by Violeta but you can hear credible versions by her son Ángel Parra, Mercedes Sosa, Cafe Tacvba’s Rubén Albaran’s folk group Hoppo! or chilean rappers Legua York.

Victor Jara “Manifiesto” (1974)
Song from the unfinished album that Victor Jara was working on before his detention and murder by the military in Estadio Chile. Released posthumously by his wife in exile, delivering a message as emotive as premonitory, you can still hear Victor heroically state, “That the singing has meaning, when it throbs in the veins, of which will die singing, the truthful truths“. A symbolic call to arms to the conscience of all music artists out there.

Sol Y Lluvia “Adiós General” (1980)
Based on a Uruguayan murga, “Adiós General” is an anti-dictatorship anthem. When this song is played live, you can always hear the people singing “El que no salta es Pinochet” (Who doesn’t jump is Pinochet), a very powerful way of making people jump, sung at all kinds of popular and political congregations in Chile.

Los Prisioneros “El Baile De Los Que Sobran” (1986)
Jorge Gonzalez wrote this song using a small borrowed rhythm machine. Later it was recorded with guitars and the iconic ‘dog’ sampler. Its modest conception didn’t predict that it would become one of the greatest hits of Chilean music. Its critique of social inequality in education created an impression on generations of dissatisfied youth.

Los Miserables “Pisagua 1973” (1991)
A story of political crime from the era of the military coup. Sung with explicit lyrics about torture, death and impunity in the Pisagua detention centre. The original recording from their first album ¿Democracia? was a ska song, but it was later recorded in a deeper slowed-down version for the Sin Dios Ni Ley covers album.

GuerrillerOkulto “Motín En La Sala” (2006)Not as internationally known as posterior student protests, 2006 was an iconic year for educational demands, as it was the first major revolution. Promoted by secondary school students, the school uniform became the symbol of this movement, hence the title of “La Revolución Pingüina” (Penguin Revolution) on this rap song by GuerrillerOkulto.

Ana Tijoux “Shock” (2011)
Appropriately released the year that the student movement got stronger, Ana Tijoux pulled out another hit, keeping the worldwide press on her side after her successful 1970 album. This was the first single from La Bala. Its promo featured footage from the occupied schools and it was directed by Aldo Guerrero, responsible for a lot of Chilean rap videos.

Subverso ft Portavoz “Lo Que No Voy A Decir” (2013)
Raised in Detroit, son of a Chilean folkloric singer, Subverso developed a natural connection between Latin American poetry and the rhyming art of hip-hop. Social awareness is always the motto of his lyrics, this time focusing on the Mapuche people and their problems, their stolen territory, terrorist laws and the xenophobic crimes of the state.