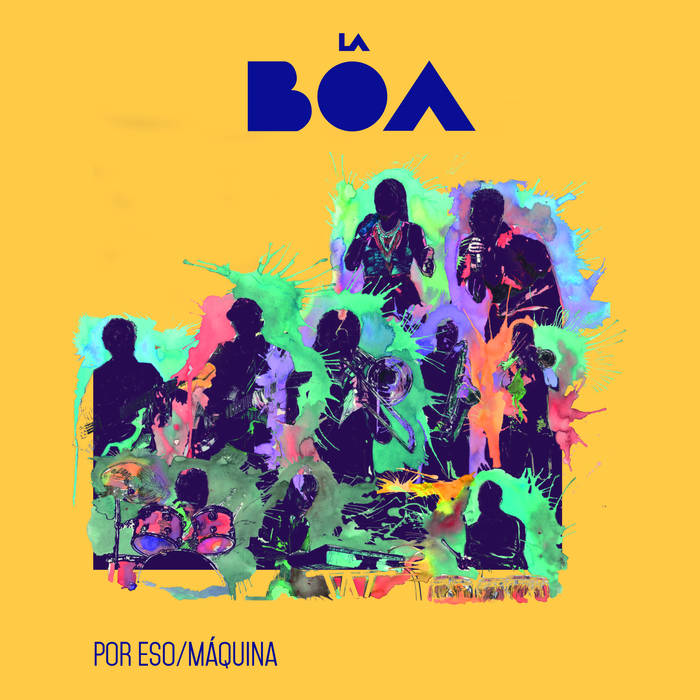 It’s been a while since we last heard from Colombia’s La BOA, however, they’re back with quite the bang in 2019. New double A-side, “Máquina” and “Por Eso” was recently released digitally and is set for a Europe-wide vinyl release later in the year. The band have also put out two new accompanying videos for each track.

Taken from a set of eight recordings under the ‘Maquina’ banner, the two tracks are the group’s first releases since 2016’s Volumen and offer a deeper, brassier and downright darker proposal than before. “Máquina” is a crescendoing, instrumental ensemble enriched with cinematic undertones, as ambient as it is mesmeric. The more upbeat “Por Eso” is accompanied by a lighthearted video straddling the surreal and ironic, stitching together a bright collage of Bogotá street artists and symbolic imagery to accompany it’s lyrical themes.

A tantalising gateway to a set of new recordings that has drawn creative input from a vast who’s who of the modern-Colombian scene. Co-produced by Names You Can Trust’s Eric Banta / Little Dynasty, La 33’s Sergio and Santiago Mejía, and renowned producer Dani Boom, who have combined their creative weight behind the scenes, whilst Systema Solar’s John Primera and serial percussive-innovator Pedro Ojeda each feature on one of the 8 respective tracks that comprise the collection of recordings set to be released over the next year.

Check out the video below for “Por Eso” and for “Maquina” above. Those quick out of the blocks in London may be lucky to find a limited (15 only) copy of the release in any of the three Rough Trade record shops in the UK capital, or in Honest John’s music on Portabello Road; failing that the rest will have to wait until later in the year for a larger scale European release of the 7-inch. Watch this space.