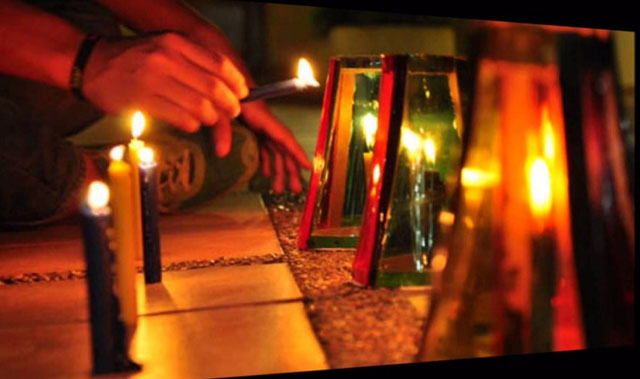 Ask any Colombian, and they’ll tell you there’s nothing as beautiful as the tradition of noche de velitas (night of the candles) on the 7th of December. Held on the Eve of the Feast of the Immaculate Conception of the Virgin Mary, the celebrations vary by region of the country, but they generally start either in the afternoon or evening of the 7th, with the lighting of lamps and candles that illuminate streets, shopping centers, and homes, throughout the towns and cities. (More details via Colombia’s El Heraldo, in Spanish, yet easily translatable via Google, here.)

The noche de velitas celebration marks the start of the holidays.

In Barranquilla, however, it’s also an unofficial kickoff to anticipation for los carnavales de Barranquilla. Colored lanterns lit with candles will adorn the front of houses to celebrate the Immaculate Conception. Two songs composed by the Barranquillero Adolfo Echeverria are the most heard during this celebration: Las cuatro fiestas and Inmaculada.

Last week, Barranquilla-based pop art shop and design outfit, Todomono, released three mixes for those ready to “turn up” during this joyous season of anticipating Carnival in the port city. One is a mix of cumbia from Colombia, as well as other styles that hail from other countries, like tribal from Mexico and the musical stylings of Chico Trujillo from Chile. Listen to “El Rojo” at the Soundcloud link.

The other is champeta-tastic. Stream “Los Masters del Vacile” and get in the mood.

Below, in “Cumbia Ninja,” you’ll find a little more traditional Carnival fare (though they snuck some Selena in there, too!) This mix is heavier on the gaita on tambores, but remixed for a global bass type of crowd. It features the Senor Sabor remix of “La Pava Congona” by Andres Landero, and remixes of other hits, such as Joe Arroyo’s “Suave Bruta.”

The mixes all feature fantastic picó sound system art. Read some of the history behind the bright facades used in their setups via Dangerous Minds. 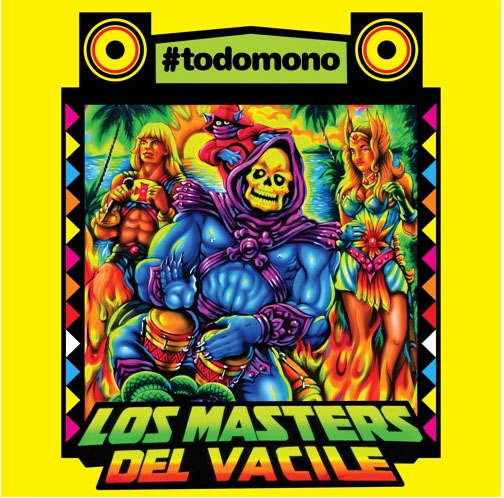