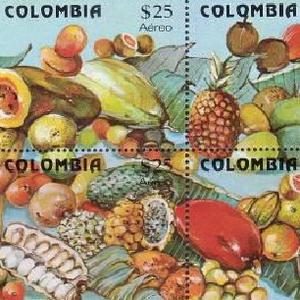 How could we not feature this mix on Sounds and Colours? Pedrolito Radioglobal, who has furnished us with fine selections of Peruvian grooves and cumbia in the past, has now come up trumps with this gem focusing on new Colombian music.

Featuring the likes of Cero 39, Quantic, Bomba Estereo, Pernett & The Caribbean Ravers, Ondatropica, Systema Solar and Frente Cumbiero, this is a great introduction to the artists that are currently making dance-floors shake in Colombia. This new generation are clearly influenced by cumbia, but that’s only the start of it, influences of the Caribbean and Afro-Colombia abound, in addition to a predilection for subversion of the finest kind.

So, all we can say is, “press play”, you won’t be disappointed!