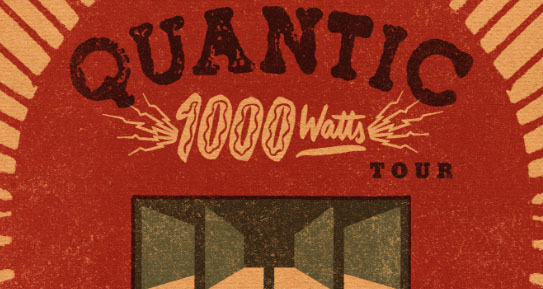 After a successful run of dates this summer in Europe and the United Kingdom, Quantic (real name Will Holland), brings his 1000 Watts Tour stateside.

With the summer release of Quantic’s 1000 Watts (his third record as the ‘Flowering Inferno’ outfit), Holland is back with a live stage show featuring Colombian songstress Nidia Gongora (the pair released a song back in 2014 and both are part of Ondatropica), percussionist Wilson Viveros and guest saxophonist / flautist Martin Perna (Antibalas, Ocote Soul Sounds). The record is heavy on roots reggae, yet there are a couple of cumbias that will delight.

Watch his video for “1000 Watts” featuring vocalist Christopher Ellis, the son of reggae great Alton Ellis, below, and cop tickets to to his show at New York City’s (le) poisson rouge on Thursday, 6th of October, here.