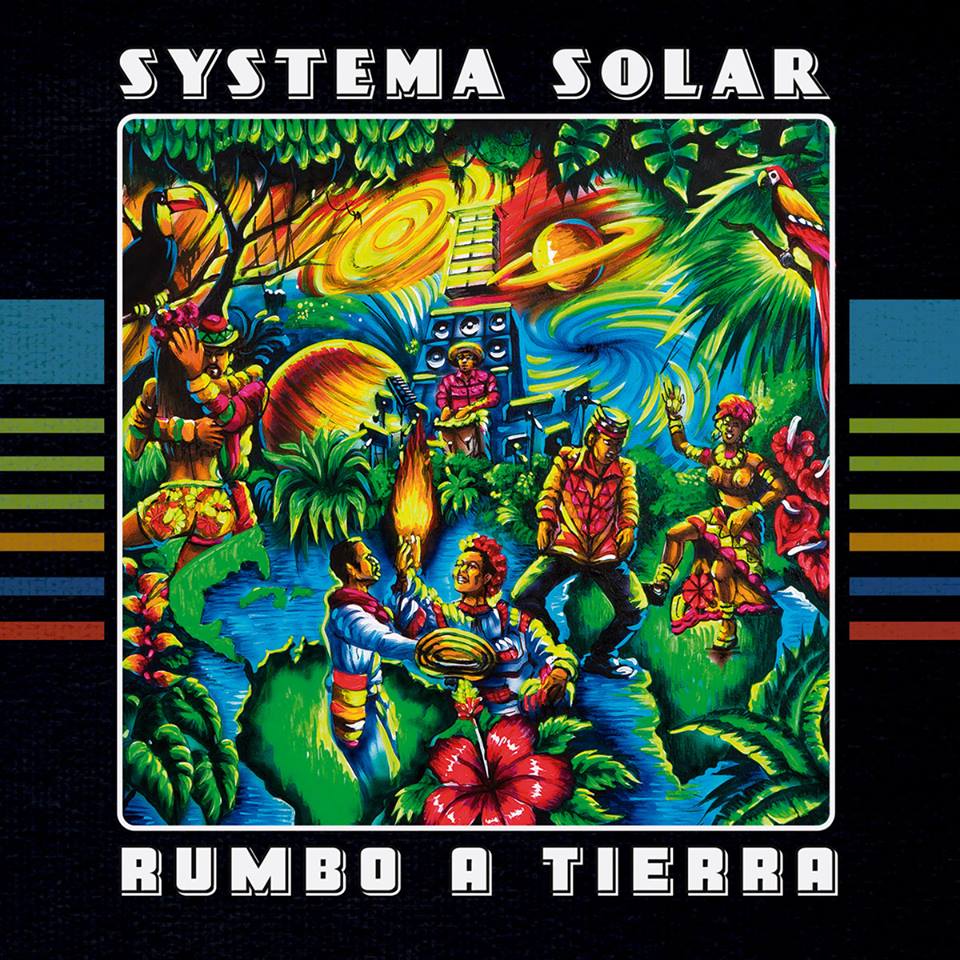 Systema Solar have known how to prender la fiesta for some years now throughout Colombia, as well as touring worldwide with their first and second albums Systema Solar (2010) and La Revancha del Burro (2013).  Their newest offering Rumbo A Tierra promises to continue in the same vein, heavily inspired by picós, the massive, brightly decorated boom boxes used to start street parties along the Caribbean coast.

Systema Solar reinvent and combine traditional Colombian rhythms like cumbia, champeta, salsa, bullerengue and African rhythms with electro, hip-hop, house, etc. In Rumbo a Tierra this mixing of genres creates an exuberant and infectious sound that is difficult to squash into one musical genre.

The album’s crowning track has to be “Rumbera”, already a massive party hit, but others such as “Tumbamurallas”, “Que Paso” and “Pa Sembrar” also express the infectious spirit of a Colombian fiesta. “Somos La Tierra” offers a more folkloric cumbia twist whilst tracks “La Plata” and “El Wuere” are full of explosive coastal picó culture. The tracks are as diverse as the musicians themselves, bringing together styles popular in the different regions of Colombia.

Rumbo a Tierra has a mission that goes deeper than filling a dance-floor; speaking about reconnecting with the earth, Afro-Colombian roots and recognising current issues in the country such as the drought in La Guajira region in the track “Aguazero”. The video for “Rumbera” directed by Vanessa Goksch features women of all shapes, ages and colours, starring many Afro-Colombians and transgender women. The video celebrates the different experiences of being a woman in Colombia and supports the #DalelaVueltaMama campaign that aims to break down heteronormative gender stereotypes, especially within the Colombian Caribbean. Systema Solar wholeheartedly embrace and utilise their Colombian-ness, and the rich diversity that their country has to offer.

Rumbo A Tierra is available from Amazon UK, Amazon US and iTunes.