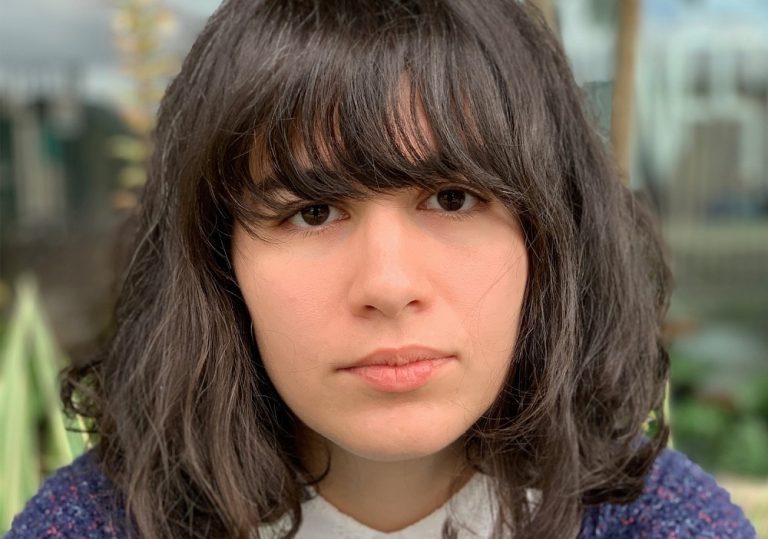 ‘People Are Sometimes Afraid Of Their Own Desires And This Can Be Confusing.’: Nathalie Álvarez Mesén On Her Film ‘Clara Sola’

Last year we spoke to the wonderful Nathalie Álvarez Mesén just after Clara Sola’s UK premiere at the BFI London Film Festival. Much like her film, Nathalie was open and thoughtful in her approach, discussing themes around magical realism, self-discovery, community, and sexuality with a huge amount of understanding. Now available to watch in cinemas and on demand, we highly recommend you experience Clara Sola on the big screen and can read our interview with Nathalie below and review here.

S&C – I read that you took a lot of your inspiration for Clara Sola from art, could you tell us a bit more about this process?

Nathalie Álvarez Mesén – Initially the seed of what inspired the character came from pictures and paintings, but the themes came from my memories of growing up in Latin America. In the beginning I was worried about what people would be able to understand, but slowly I started moving more into the feeling in each scene. This is also the way that Clara communicates – the way she interacts with the world has to do with feeling and intuition – so giving more space to the audience to feel whatever they needed to feel was important to me.

S&C -Magical realism also seems to have played a big part – were there any stories within the genre of magic realism that influenced you?

Nathalie Álvarez Mesén – There’s a lot from Latin American literature, and also from the films I like – I’m a big fantasy fan. While I was writing the script the challenge was to find how magical realism is attached to Clara’s awakening, and making sure that it was part of that awakening. We worked to balance the magical realism that is within the story with Clara specifically, and the magical realism that is for the audience. One is like the content and the other is like the poetry, that’s the way we approached it. For me magic realism and poetry are very close to one another.

S&C – I wanted to ask about your background in physical theatre and mime acting. Is this something that you’ve always wanted to bring into your writing and filmmaking?

Nathalie Álvarez Mesén – I’m fascinated by movement, bodies, and what body language expresses. Maybe because I’m from different cultures and I’ve had to learn languages as both an adult and as a kid, so reading body language has always been very important.

S&C – I like that Clara’s way of communicating – because she’s almost separate from reality – relies a lot on her physicality. The physical performance was really beautiful.

Nathalie Álvarez Mesén – The lead actress Wendy is a dancer. I really wanted to work with a dancer because I needed someone that had some sort of corporal awareness of movements. We worked with a lot of images of animals and her specific animal was a wolf. When we met each other in the first casting we were both wolves, we’d act like wolves meeting each other and then slowly add elements of the human into this. The idea was that the character always retained a percentage of the wolf: the part that is the wolf is the intuitive part, and also the part that will defend herself and her own at the cost of anything. We also worked a lot with the elements, and Clara was a lot of earth with a lot of roots inside that kept her body in place. So she was always working with these internal images. She’s amazing!

It actually took a year to cast Wendy because the character was initially meant for a younger woman. I felt very confused and I kept rewriting until in the end after several castings I realised that the script is actually better for an older woman, so we did it for her.

S&C – It’s interesting to see a coming-of-age story for a woman in her late forties, and the message of hope in that. We don’t always need youth in stories of self-discovery, so it was really great to also see that this came later to you.

Nathalie Álvarez Mesén – Definitely, I think we are always finding ourselves, otherwise life would be boring and stagnated. And when we feel like we reach something we’re always moving forward to the next part of rediscovering ourselves. The frustrating part is that it’s a never-ending search! But at least we’re moving and I’m all for movement.

S&C – That’s a great message. With the message of the film itself, it seems like you’re critiquing and making strong statements about the various struggles that Clara has, but throughout it there’s this really gentle tone. It never felt aggressive, even when we’re witnessing Clara’s pain.

Nathalie Álvarez Mesén – For me it’s important that there is love in the family in spite of what they’re putting her through. It’s not to make her feel pain, it’s just what they believe is right. There is love in this religious community but it is faulty, because it was created at the time of a patriarchal society and it is still reproducing that. I wanted to feel the love in this community because I grew up in one like it and there was so much love even if bequeathed on me so many wrong messages about how a woman should be. I’m still struggling to see myself in a light that is feminist and I think it’s like that for a lot of women. Even when there is that love sometimes you have to burn down some bridges to be able to continue existing and being honest with yourself.

S&C – It’s a very empathetic portrayal of these family dynamics. Although there are these ideas that are passed on to Clara, you’ve shown her family’s characteristics in really nuanced ways and it felt a lot more truthful seeing this love.

Nathalie Álvarez Mesén – They’re also victims of the system and it takes a really big effort to not reproduce these ideas.

S&C – Could you tell us a bit more about your memories of growing up in Costa Rica and your relationship to the themes of sexuality in the film that you’re exploring?

Nathalie Álvarez Mesén – My immediate family is not super Catholic and talking about sex was always very open, but in a more biological way. I don’t remember conversations in my teenage years about desires or fantasy. It wasn’t until I was older that I could talk about those things. I remember it was very natural for guys to masturbate because it was seen as a need but there was such shame in being a woman and also needing that. So I wanted to create that space for women that wanted to have pleasure. I’m all for talking about desires and fantasies, I’ve noticed that people are very open to talking about it if I open a door.

S&C – Location is key to the film, with the majority of it taking place inside the house and the almost fairytale feel of the forest surrounding it. Can you tell us about the location and your experience scouting?

Nathalie Álvarez Mesén – I wanted the nature around the house to be very massive, like a green wall. Initially we found this house that wasn’t right because a bridge had fallen – so there was no way to get there – and then when the shoot was getting closer we saw the house again and the bridge had been rebuilt. The production designer who came from Chile did such an amazing job with the house and the walls. She took things from Chile and I bought things from Sweden, so it’s really a hybrid of Latin American objects but with hints of Scandinavia. It was important to me that this was Latin America, but this was a fictional town.

S&C – And did you already have an idea of the people and the place, like the visitors coming into the house? This specificity of the rural nature of the town and its community felt important.

Nathalie Álvarez Mesén – We wanted to work with the community, so some of the secondary characters like the sister and the nephew are from the local area. We were casting people that live down the street. Also, a lot of the furniture in the house came from the community, scouted by the art crew. So it feels very rooted to the place even though I didn’t know this specific location before.

S&C – And for the people that live in that place they’ll now always have this film that captures something there.

Nathalie Álvarez Mesén – I’m looking forward to screening it there, it was really special working with them. I worked with an acting coach from Colombia who specialises in non-actors as with the people in the community we had to have a parallel with what I was doing with the main cast. He took a lot of leadership with the group and trained them on how to be comfortable with a camera.

S&C – There are a lot of storylines to talk about, but I’d like to ask about Clara and Santiago’s in particular. What does Clara’s rejection in the end mean, did you have a message about this rejection?

Nathalie Álvarez Mesén – I think people are sometimes afraid of their own desires and this can be confusing. Sometimes connections can be so much deeper than physical and sometimes if you have a connection that’s beyond physical, someone might just not meet it at the right time or wavelength somehow. Clara is on a different wavelength: she’s closer to her desires, in a way that’s raw. She’s learning to listen to herself and act on it in spite of how oppressed she has been. There’s no real answer to this, but perhaps he just couldn’t meet her at where she was feeling.

S&C – It’s really nice to think about it that way, they had this intense intimacy but he couldn’t reciprocate the sexual nature of it maybe. As a last note on the story, it’s really a story about transformation and healing, can you tell us why you felt compelled to write about this?

Nathalie Álvarez Mesén – I believe there’s some generational healing that has to happen. It’s very hard for me as a woman to free myself in my lifetime from all my inherited norms about how women should be. So for me it is a duty to educate the coming generations so they have a bit less of this to deal with. I hope this film can be part of this generational healing that needs to be done.

Clara Sola can be seen in UK cinemas and on demand from November 18th.