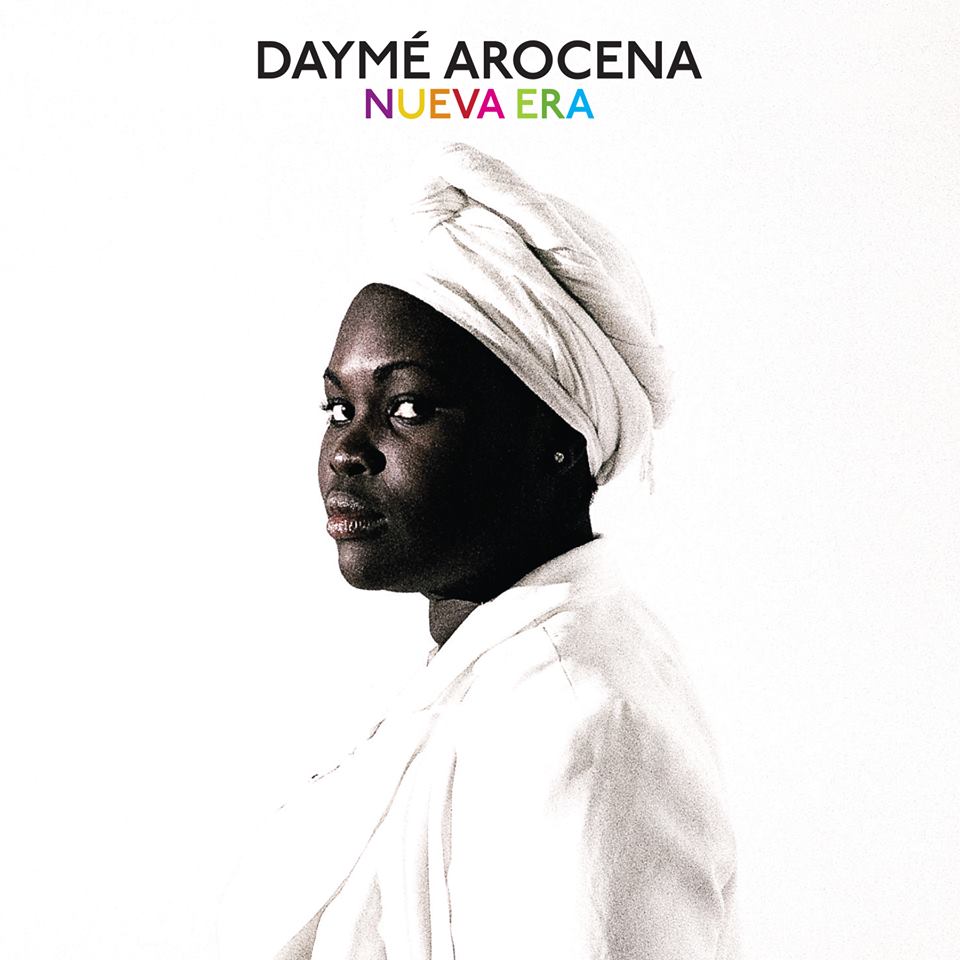 The diminutive frame of Cuban songstress Daymé Arocena cut a rather unassuming figure in the grimy environs of the Bedroom Bar in Shoreditch, London last autumn. Straddled by concert goers – crammed into the upstairs space to catch a glimpse of Gilles Peterson at the Havana Cultura album launch – one could be forgiven for thinking that Daymé was simply another punter. However, these preconceptions were overwhelmingly dispelled upon her taking to the stage. Exuding great presence, her live performance was the highlight of the evening; energy, raw passion and a phenomenal voice.

Six months later, and her debut album Nueva Era is being released by Peterson’s label, Brownswood Recordings. The album is joint produced by long-time Brownswood aficionado Simbad, Peterson and Daymé herself. Backed by a strong band, including Zed-U’s Neil Charles, F-IRE Collective alumnus Robert Mitchell on piano, and percussionist Oli Mitchell, these are ten tracks that capture her innumerable qualities, vocal aplomb and signal a great future ahead.

Album opener “Madres” is indebted to her spiritual heritage, paying homage to Yoruba gods Yemayá and Ochun. Growing up singing Santería songs, it’s an important part of her musical palette and as an opening statement it sets the tone for the rest of the release. The piece is galvanised and led by her vocal exclamations, circulating and layered over each other in an alluring haze, backed by adept rhythmic iterations and thumb piano motifs. Her voice remains central to the record, and provides this debut with a surprising level of cohesiveness.

The interplay between Arocena and Mitchell’s piano work on “Drama” is outstanding; an urgent, pulsating riff provides momentum and prestige to her towering vocal lines. A similar level of understanding is also replicated on “Crystal”, a jazzier number that features later on the album. There is a level of indebtedness to earlier Cuban jazz maestros, here, such as Roberto Fonseca, yet there is a recognisably new take on material. “Don’t Unplug My Body” is undeniably catchy, and its melding of Afro-Cuban instrumentation and neo-soul sensibility sounds remarkably fresh. Her scat work halfway through is reminiscent of Lalah Hathaway and the strength of her voice makes it hard to ignore comparisons to the legendary Jill Scott.

High praise indeed for an artist making her first full-length release at just 22 years of age, yet there is majesty and maturity in this work that defies her age. To exhibit such subtlety on “Nino” and to command proceedings on the frantic “El Ruso” requires great talent, and Daymé’s voice is the driving force throughout; this is a remarkable debut.

Nueva Era is released by Brownswood Recordings and available from Amazon UK, Amazon US and iTunes