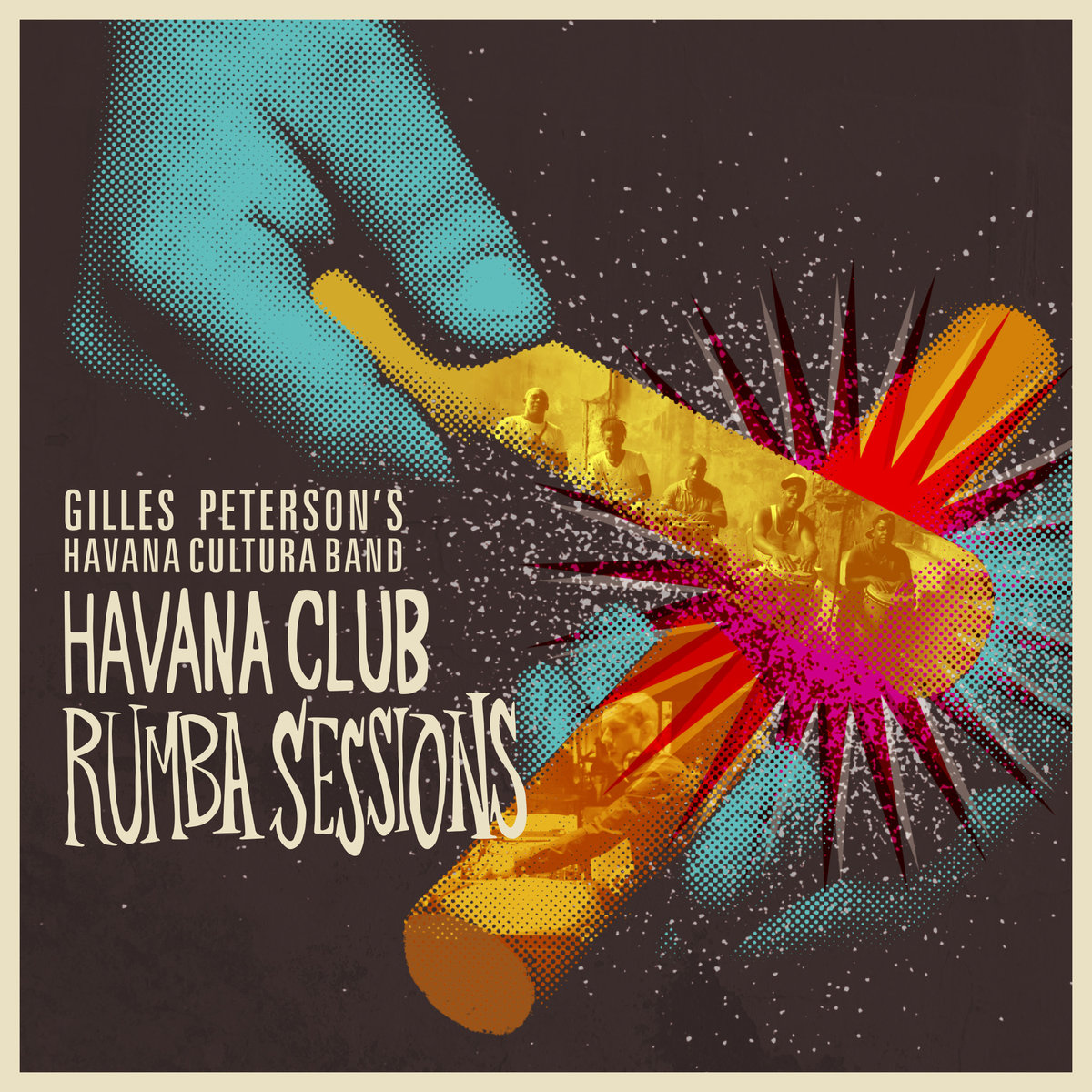 The latest instalment in the Havana Cultura series focuses specifically upon the three principal rhythmic styles that underpin rumba: guaguancó, yambu, and columbia. Inspired by Gilles Peterson’s continued dedication to the music of Cuba, the entire project is comprised of a feature length documentary (directed by Charlie Inman), a collection of samples collated by the island’s most esteemed rumberos, and the remix album presented here.

Peterson is known for his expansive tastes and reputation for building bridges between contemporary electronic artists and traditional styles. This album is exemplary in this regard, and the global roster of artists tasked with remixing and re-interpreting is particularly impressive.

The project opens with an offering from Japanese duo Daisuke Tanabe and Yosi Horikawa, who take on the downtempo yambu style, delicately peppering and adding to the rhythmic basis without overpowering the source material. It also features a gripping vocal from the inimitable Dayme Arocena, whose vocal work has been a revelation this past year.

The album’s first single – entitled “La Rumba Experimental” – is a beautiful rework by German techno producer Motor City Drum Ensemble. His trademark analog keys, reminiscent of 2010s Raw Cuts series, and rolling bass really complement the underlying feel. Fellow compatriots Max Graef and Glenn Astro also take up the mantle with their track “Weird Melody”, which has an altogether more alluring and mysterious feel to it. Cackling vocals in the background, lilting synth lines, and luscious textures abound. Both demonstrate what can be achieved when artists push the idiom. Exciting stuff.

Other highlights include débruit‘s ‘Okay Cuba’ that sets vocal snippets, and rhythmic iterations against a brooding bassline, and Tenderlonius‘ “Rumba Tierna”. Heading up contributions from South London beat collective 22a – who also feature through Mo Kolours and Al Dobson Jr. – this stripped back gem allows the columbia to take to the fore. Its frantic pattern is traditionally associated with a solo male dance, and the intensity is really captured here, complemented by vigorous cluster chords, exclamations from Arocena, and a heavily distorted synth pattern.

This album is a vastly creative endeavour that offers sufficient intrigue to sustain itself purely on its sonic merits. Yet this commitment to bringing a new audience to the rumba styles, and the wider implications of the project, make it one of Peterson’s most exciting forays into Cuban culture to date.

Havana Club Rumba Sessions is released on the 11th March via Brownswood Recordings (it can be pre-ordered via Amazon UK, Amazon US and iTunes), and you can catch the documentary throughout February at the ICA. Watch the trailer below: