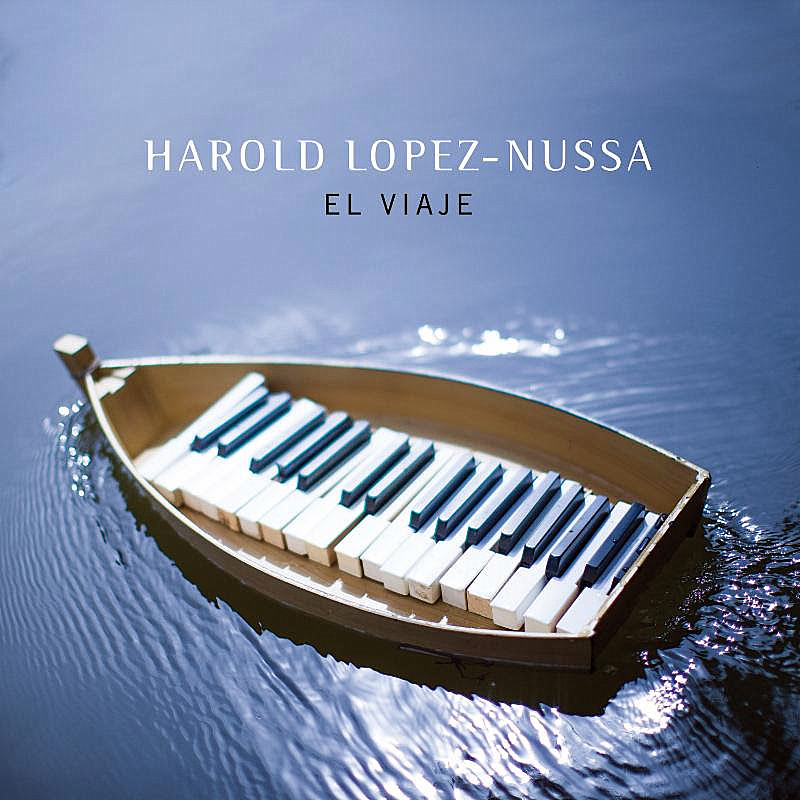 Harold López-Nussa‘s El Viaje sounds, in fact, very much like a journey. Each track offers a different destination with different flavours, colours and sights. Although recognisably Cuban in its rhythmic potency and lyrical accents, it is decidedly cosmopolitan in its intentions. López-Nussa’s compositions sound like jazz, classical, timba, African, progressive rock (at times), 70s R ‘n’ B, with the cubanada barging in every so often. As strange as this combination may sound, López-Nussa blends these influences seamlessly. These are not typical jazz renditions though, each song travels through many small sections, each like a slightly different vignette in an interesting, surprising and beautiful landscape.

The sound of this trio tells you that these three guys know and trust each other. All of them contribute significantly to each piece; this record was made as team, not just as a display for López-Nussa to exhibit his jazz chops. That being said, he is a great soloist, well beyond the shadow of Chucho Valdés and the thousand-notes-per-second Cuban jazz legends. He is much more contained, less flashy and at the same time more lyrical, groovier and expressive.

Overall this is a very well balanced record: great musicianship without flashy-ness, Cuban tinged without exaggerations, intimate but not corny, Pop-infused without being ‘easy-listening’. In my estimation, López-Nussa is one of the most prominent musicians in a new, post-Irakere generation (Although “Bacalao Con Pan” obviously pays tribute to those giants). It’s an album that is filled with talent, great musicianship, that is strongly rooted in Cuban tradition but global in its scope.