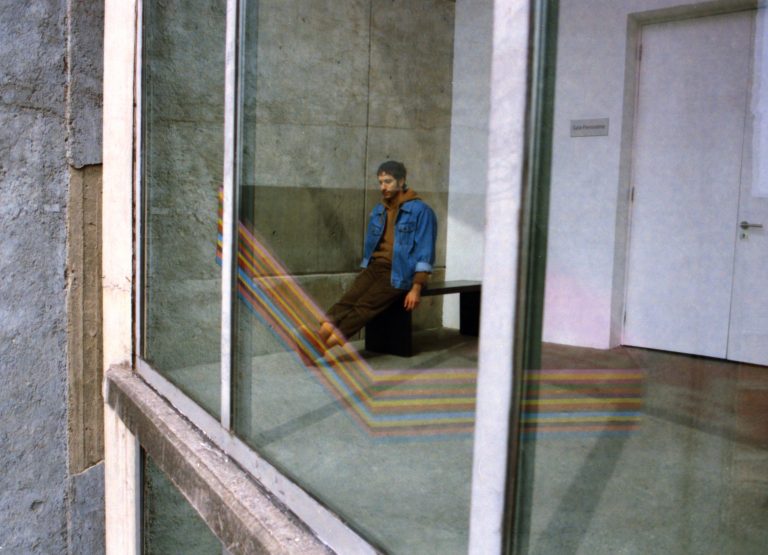 Andean Cosmology and Natural Responsibilities: An Interview with Nicola Cruz

More so than many electronic producers today, Nicola Cruz‘s music is a testament to where he comes from.  He takes folkloric melodies from his native Ecuador and seamlessly weaves them into the fabric of contemporary electronica. His meticulously-crafted, multi-layered sound appears so natural, it’s as if the fusion has co-existed far longer than the eclectic genre (as pioneered by Cruz and his ZZK Records peers) has been around.

However, as he explains, he maintains his signature style, remaining integrally guided by local traditions and beliefs, “In the context of music, it’d be translating Andean cosmology to these synthetic kind of vibes in whatever sound I am working on”.

Sounds and Colours talks to Cruz to learn more about his latest release:

The album is called Siku, after a type of Andean pan flute that features on the album. But the siku also symbolizes connection and duality – why are these themes of such significance to you while making music?

The siku is composed of two rows of tubes. Besides being the actual instrument, it also has another meaning in Andean cosmology, which means playing in pairs, being inclusive. It is that we are different, but not rivals, but we complement one another and there is no hierarchy.

It made so much sense, as I was really working with lots of people. You don’t need to speak so much to connect to music, you just throw ideas out there, so I thought it was quite beautiful to name the album Siku.

You’ve been described as a musical alchemist. When you start making music is it very much an experimental process or do you always have a sound in mind?

I have a preconception of what I want to do, be it a certain feeling or certain idea or even a certain genre, but it is pretty much experimental. I think that is the great advantage of electronic music, you can really push the barriers to wherever you want.

This type of experimentation is really noticeable on the song “Siete”, where you mix the sitar with electro and Andean sounds.  How did that type of combination come about?

The album features a huge amount of talented musicians, one is Julio, who is really good with strings. We created “Siete” before having the sitar as a main voice. We were in a studio and I saw the sitar and asked, ‘who can play this?’. Julio was really good at it, so we tried a few licks and it made sense.

You’ve been playing and touring constantly between the release of Prender el Alma and Siku. Did that influence the globality and versatility we can hear on the record?

I was on the road a lot, so I decided to record while I was in different cities. I didn’t really compose, but document and gather to get to a point where I had this compilation of recordings. Then I sat down and decided to undust it all to begin the arranging process.

After I had all the arrangements ready, I toured for two months before going back to the studio, which gave me more perception. It kind of helped. It was interesting.

Would you say that’s the main way your sound differs since Prender el Alma, that you are now incorporating different styles in a more varied manner?

Yeah. The album is eclectic. It has lots of different colours, approaches and stories, but what I feel ties all these stories and songs together is my way of crafting sounds, that is the glue. So, the sound design and craft that Siku has is different that Prender el Alma, and that’s my essence.

Quite a lot of cities in South America are at risk of losing their traditional and indigenous cultures. Is this something that you find worrying?

I mean that problem is happening all over the world: capitalism, destruction and modernity taking over all the roots, all there was that existed before. Of course, that is a worry. That is something, we struggle with a lot. I see it here in Ecuador, even if, I dare to say it, the Andean culture is more alive here than probably in Argentina or other places, but yeah that is a struggle.

Do you see your music as a way of preserving this culture, and finding a way of connecting it to modern lifestyles?

I didn’t do it intentionally, these blends between folklore and electronic music, but you start to put out music, your audience grows, and people started listening. So, responsibility comes naturally. I really take care of the messages and vibes I am putting out, the music I play, the places I play, I feel much more conscious about it every day, especially try to see ways where my music can be helpful and useful and bring a consciousness in the way that it can. I do not use lyrics for example, even though that would be the obvious literal message, but I try to do it at least on a subconscious level.

Siku is released by ZZK Records and available from Bandcamp.

Nicola Cruz will be playing shows and festivals around the world from April, including Bogotá’s Festival Estéreo Picnic on April 5th, New York’s Knockdown Center on May 10th and EartH in London on 22nd June.