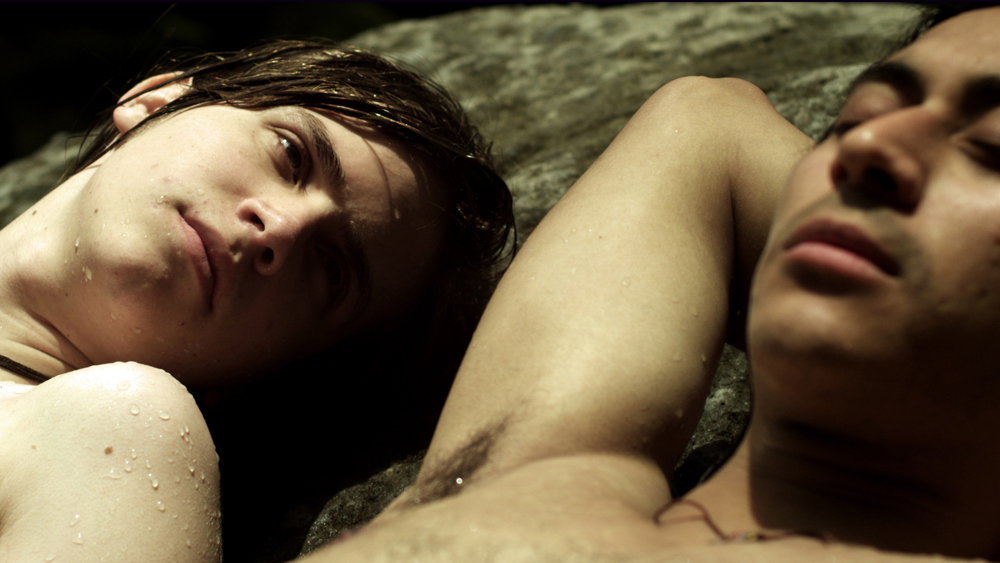 Feriado (Holiday) explores the sexuality of Juan Pablo, an upper class Quito teenager. The title is a play on words, as the film is set during Ecuador’s 1999 banking crisis, also known as the “Feriado Bancario”.

Juan Pablo is a spotty, aloof adolescent, known as “Juampi”. He is prone to nosebleeds, preferring to spend time alone scribbling poems in his notebook than with his boisterous cousins. His mother leaves him during carnival season at his Uncle Jorge and Aunt Vikki’s hacienda in the Andes, full of religious paraphernalia, where his relatives are hiding out from the banking crisis in which his uncle is embroiled.

Juampi appears closest to his cousin “La Flaca” covering for her as she sneaks off with her boyfriend. During the annual carnival party he prefers the company of his mother rather than that of his cousins who are intent on getting wasted. It is during the carnival party that he meets Juano, trying to steal car hubcaps off the visiting revellers’ cars. Juano is muscular with long hair and leather jacket; a self confessed heavy metal fan.

Director Diego Araujo contrasts life in the hacienda with the local pueblo where Juan lives, he shows us the local motel, the mechanics where Juano works and Juano’s house – left to him by his mother who is in the US. Juano is outgoing, he launches himself into waterfalls and whizzes around the valleys on his motorbike. As the boys’ friendship progresses, the situation worsens for Uncle Jorge as the bank goes into liquidation and he faces a restraining order.

As Juampi’s holidays progress and his feelings develop, Araujo continues to show us the contrasts between the two adolescents. Juano is a hit with the ladies whereas Juampi seems happiest looking at Quito whilst lying upside down on the roof of his apartment.

Feriado, whilst being a coming of age film also explores Ecuador’s economic situation. It contrasts Spanish dialogue with Quechua and the gap in society between those that have and those without.

Feriado is screening in London as part of the Stories From Ecuador 2015 film series (8th-11th October 2015).