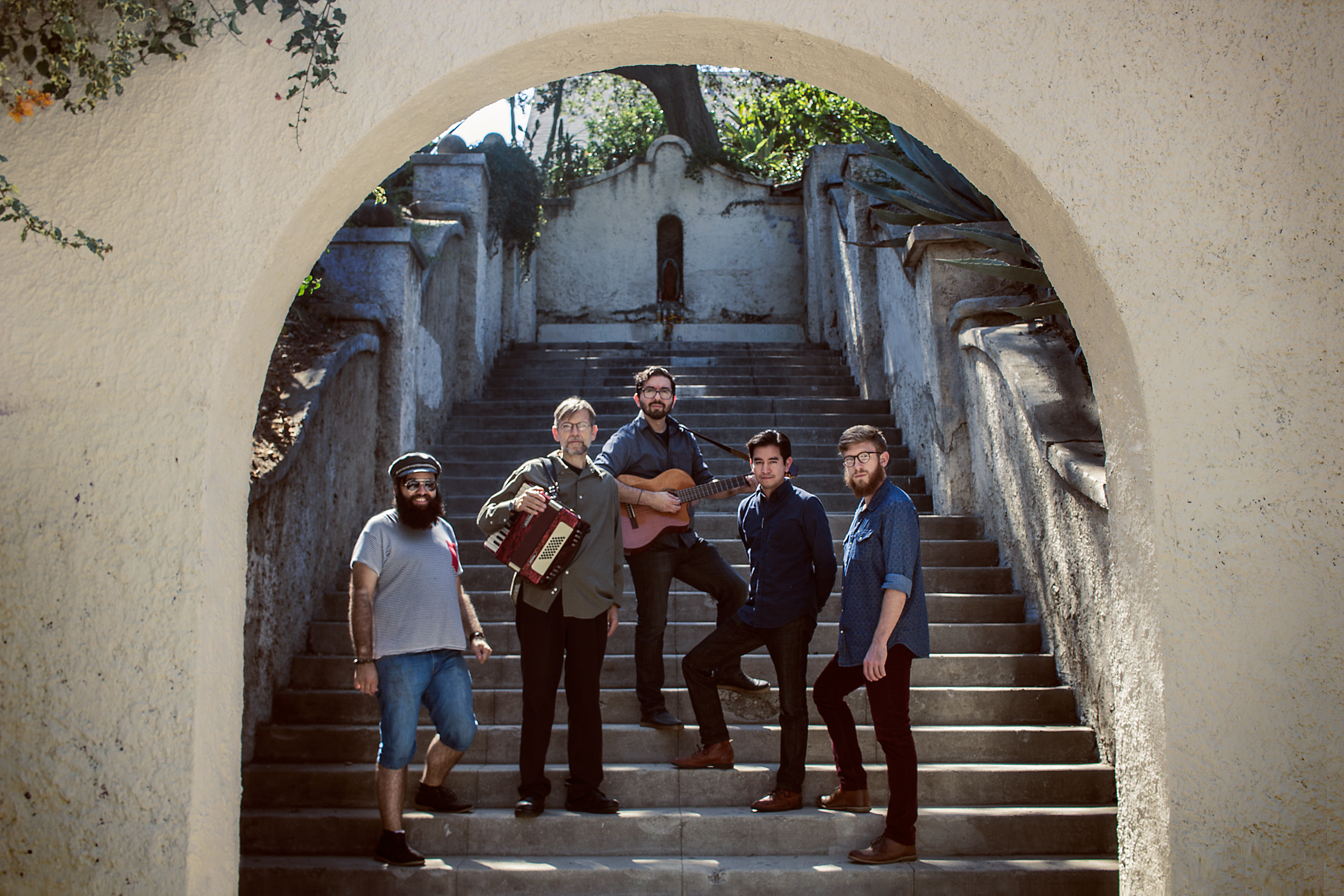 The artistic evolution of Cuñao continues on their upcoming album and video, premièring exclusively here on Sounds and Colours. “Saana, El Extranjero” is conceptual, both in its audio and visual form. The lyrics feature traditional African proverbs about foreigners, and are the perfect complement to, and the starting point, for the video.

In its visual incarnation, “Saana, El Extranjero” features Willy, a West African dance choreographer, using contemporary (and surprisingly experimental) dance movements to tell a story of an immigrant moving to the USA from Burkina Faso. The track will feature on Sangre Y Arena, Cuñao’s new album that will be released on October 6th.

The album continues the journey of Cuñao, from the solo project of Julio Montero, an Ecuadorian raised in New York City, to the five-piece group that they have become, an acoustic project influenced by the stillness of the desert surrounding Los Angeles, as well as the nueva canción movement but one also willing to feature cumbia rhythms, textures from Africa and the heft of rock.

Sangre Y Arena will be released on October 6th 2015.

Further Reading: Cuñao: A Brother From Another Continent