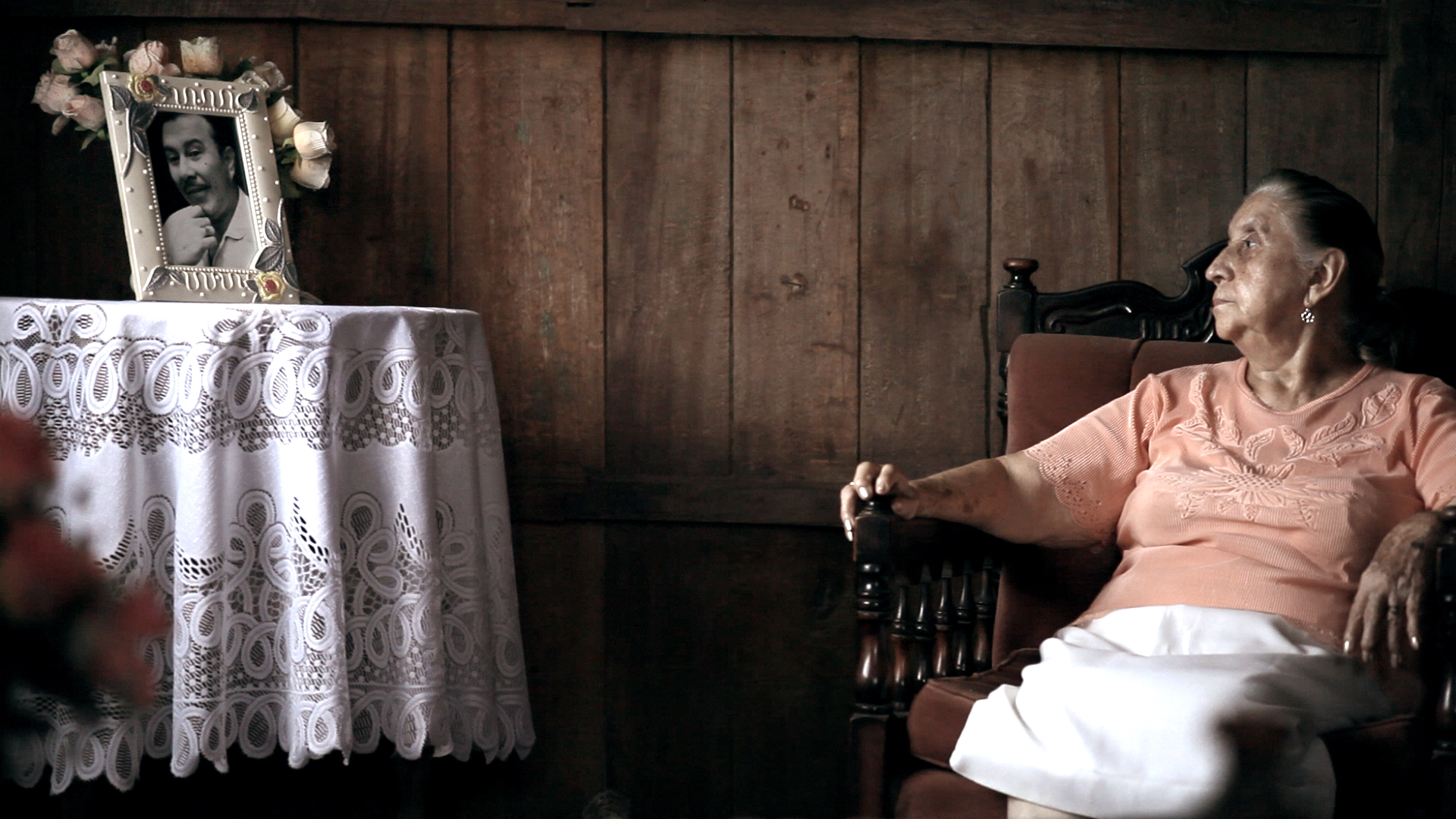 This Tito Molina film, the Ecuadorian entry for the Best Foreign Language Film at the 2013 Oscars, in the end failed to make the cut. Films about widowed old ladies aren’t seen as great box office, yet Bertha Naranja’s performance and the film itself are a masterclass in understatement. Very little is revealed about the main character’s life and in an hour and half she utters but one word that isn’t an Our Father, a Hail Mary or a recitation of the catechism. It is a muttered rhetorical “No.” to the question, “Got anything to do?” asked by a female character in a TV drama.

A Testament of Age

The film’s main theme is of a person marking time. It is a life sustained against a background of reified memories. The photographs, religious icons, pictures, jewellery, music and the ebb and flow of the sea become the actors that evoke our sense of time, experience and dreams. They codify the burdensome nostalgia and sense of loss. A fish carcass on the shore, pecked at by passing seagulls, is a morbid reminder of where everything ends up. The widow is, in essence, both a curator and exhibit in her own immaculately tended museum.

The old woman’s lot is a common one for those who have outlived their partners, peers and are either childless, or not in regular contact with their children. She is a classic isolate, who lives in an internalised world which runs parallel to the comings and goings outside. She is marked out not only as a figure in black, but as someone who has largely withdrawn from a world that, paradoxically and increasingly, views her as invisible.

What her world consisted of is never stated openly, it is implied by the lyrics of songs (“Perfidia”, “Noche de Ronda”, “Mar y Cielo” and “Cerca del Mar”), played by street musicians (the excellent Trio Los Bohemios: Ney Moreira, Martin Rodríguez, Yeliber Mero), which hark back to her youth, and the humorous ramblings of a TV comedy with their suggestions of love and infidelity. The only inference that there might be an extant personal world outside comes in the form of unanswered phone calls.

Everything That Rises Must Converge

The film’s other star is a dog (Cokie). The neighbourhood is full of dogs – a pack no less – yet this dog for whatever reason, like the widow, doesn’t interact. He, too, is alone. The two without any obvious overtures from either appear to find each other. Something just draws them together. There is an undeniable bleakness about it but this is mitigated by the comradeship of the dog, the harmonies and rhythm of the street musicians, the sound of children’s voices, the bustle of the street outside and the constant renewal of the waves.

The film is a contemplative work on ageing, memory and loss. It isn’t going to excite anyone for that reason, yet it is a beautifully-filmed (especially the still life quality of some of the frames and the patterns woven by aerial shots of the surf), enthralling and poignant portrayal of the one-way trip to this dark night (atheist) or the immortality of the light of the world to come (theist).

Throw in Beethoven’s “Quartet No. 7 in F Major” and the second movement of “The Sea (The Play of the Waves)” by Debussy and what’s not to like?