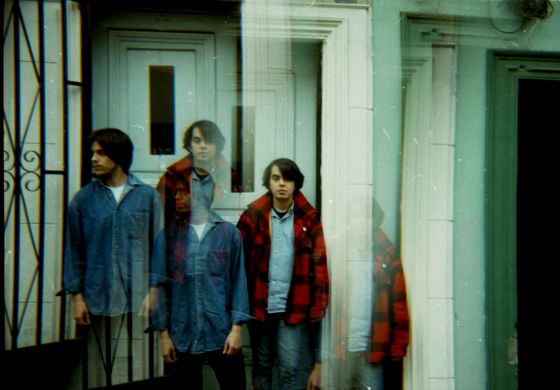 Excellent news for fans of acid-tinged Chilean space rock: one of the finest bands to emerge on Santiago’s music scene in recent times have just announced their first European tour. The Holydrug Couple are, as the name suggests, a pair of far out guitar fiends who merge trippy, semi-lucid vocals into jam-filled layers of noise, sounding something like a drunken spider on rollerskates, which slides from harmonious serenity into monstrous riffs and squalling feedback. Beneath the chaotic veneer lies some very decent songwriting, and the band’s beguiling blend of 60s psychedelia with present day heaviness has already seen them pick up mentions in the international mainstream press (where they have been talked about in the same breath as their local peers, the magnificent Föllakzoid).

The Holydrug Couple, made up of Ives Sepúlveda and Manuel Parra, appeared with 2011’s debut album ‘Awe’ on the Santiago label Blow Your Mind Records. After signing to US independent label Sacred Bones, they released the ‘Ancient Bones’ EP last year, which was followed by their recent second album ‘Noctuary’. Their European tour kicks off in late-September in Madrid, and then sees them play a bunch of shows in the UK before heading back to the more cultured mainland. These should be some very good gigs.

You can catch them at the following dates: