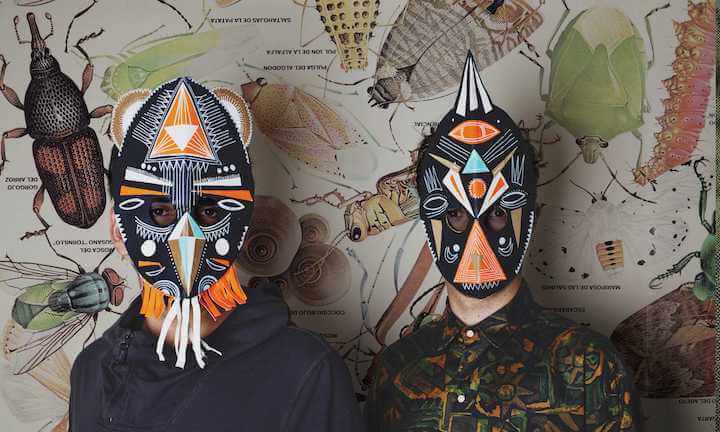 This May, tropical bass duo Dengue Dengue Dengue! will head to London’s Jazz Café for their very first UK performance.

Known for interweaving the psychedelic sounds of Peruvian cumbia with the deep bass of dub, UK bass and the modern sounds of techno and dancehall, the ever-evolving duo has developed a reputation for vibrant live performances featuring striking visuals.

The group have been on Sounds and Colours’ radar since 2013, when we hailed the duo’s debut record La Alianza Profana as “an absorbing debut effort which offers an ambitious mystical twist on traditional Latin sounds”.

The group’s recently released EP Semillero, meaning both ‘seed’ and ‘incubator’, has been hailed as symbolic of “the developments Dengue Dengue Dengue have made to traditional rhythms and instruments throughout their musical journey”.

Dengue Dengue Dengue will be joined at Camden’s Jazz Café by Pete on the Corner and Club Yeke chief and 1Xtra resident Tash LC.

Advance tickets for this debut performance on May 17th are now on sale, with doors opening at 22:30 on the night.

For more information and to book tickets visit thejazzcafelondon.com/event/dengue-dengue-dengue-live-tash-lc-pete-corner