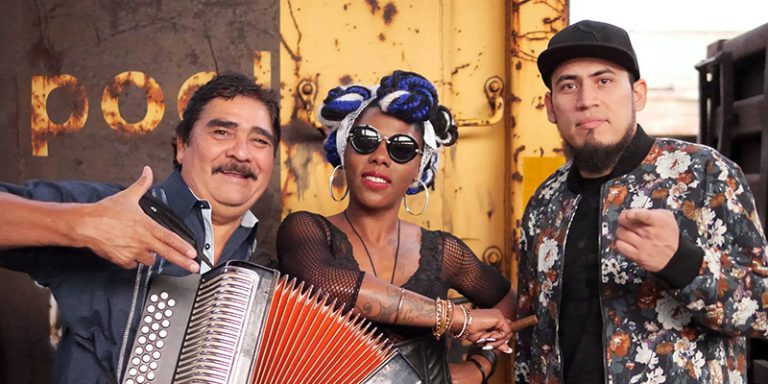 Prior to heading to SXSW in Austin, Texas for a number of shows, La Dame Blanche released her new video “Dos Caras” to coincide with International Women’s Day on March 8th. The track is a preview from her upcoming new album to be released in October 2017, and is a collaboration with Celso “El Rebelde del Acordeón” Piña and the rapper Serko Fuentes.

The video was filmed in the city of Monterrey, Mexico with direction from Wolff, and production from La Tuna Films and Boa Viagem Music. The track itself was produced by Babylotion Marc Dámble, who is La Dame Blanche‘s DJ and main producer. The rhythm is a mix between cumbia, global bass and hip-hop, with lyrics making reference to people who are seemingly trying to help but ultimately their help ends up being counterproductive. These so-called friends therefore have “Dos Caras” (Two Faces).

La Dame Blanche will be playing the following shows at SXSW: