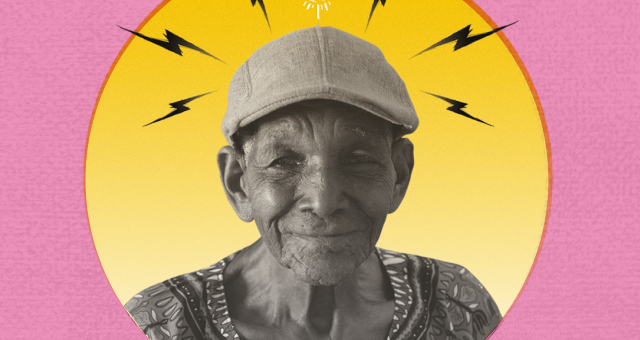 It’s been eight months since Colombia’s Magín Diaz went “viral” for emerging from obscurity when a video put out by AJ+ went viral.

The 95-year-old is said to have composed some of Colombia’s most iconic folkloric songs, though he is unable to read or write. Instantly, the music world wanted to know more.

“I was unlucky with my music and still am,” he said in the video, likely referring to the fact that he’d never recorded a solo album.

Well, he is unlucky no more as this past May, Diaz released his first solo album, El Orisha de la Rosa.

For fans of Colombian music, especially bullerengue, the album is truly a joy. Traditional songs, that have been heard in Colombia for decades, are sung by Diaz, some in collaboration with big names, such as Carlos Vives, Toto la Momposina, Petrona Martinez, and Celso Piña.

But there is also Diaz with a modern twist, as he has a track with Colombian, French-influenced, gypsy jazz band, Monsieur Perine, and an electronic dance song with rap lyrics by Bomba Estereo’s Li Saumet and New York City based rapper, Nani Castle, as well as singers La Yegros, Kombilesa Mi, and La Bermúdez.

So while the record has beautiful solos and duets of a bevy of traditional songs, such as “Rosa,” “Dolores Tiene Un Piano,” and “La Totuma,” we were inspired by hearing this 95-year-old’s beautiful grainy voice alongside young women who are considered buzzworthy in today’s genre-defying Latin music scene.

Our friends at Afropop Worldwide interviewed one of the producers of the record, music producer, composer and ethnomusicologist, Manuel Garcia Orozco.

In the interview, Orozco explained that the most difficult part about making the record was finding the financing.

“… it took three years to finance, [and] at least one year to create it. Magín, what he does is very natural for him. He just sings out his tradition, and then the idea was to preserve and also to create intercultural dialogues with other traditions,” Orozco said. “The main goal was to give him the recognition he never had before. So, we invited the artists not because they were famous, but because they meant something for the story we wanted to tell.”

Read the rest of the interview about the making of El Orisha de la Rosa over at Afropop, and follow news about Magín Diaz on his Facebook page.