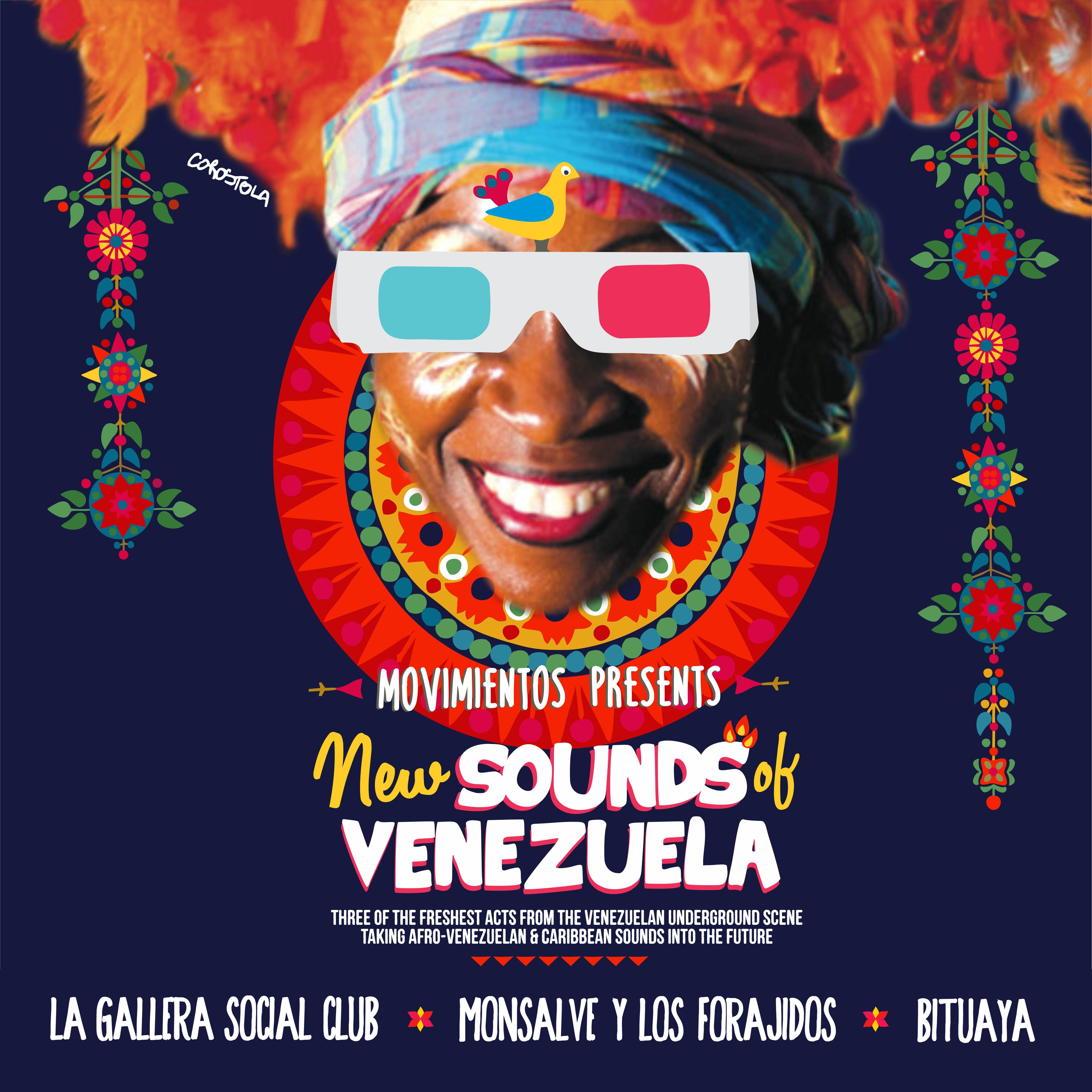 All three groups highlight the diversity of Venezuelan music. Monsalve Y Los Forajidos are a funky afro-Venezuelan jazz group originally from Caracas, but currently residing in Paris. La Gallera Social Club hail from the unreasonably-hot climate of Maracaibo (an area perhaps best known for its reserves of oil), with the heat spilling over into their melodic tropical grooves. Completing the triumvirate of new Venezuelan groups are Bituaya, a Caracas-based group that have been perfecting their Caribbean-inspired electrocumbia over the past few years. Fans of Calle 13, Nortec Collective and Manu Chao should enjoy these guys a lot!

All three bands will be playing an event, also entitled New Sounds of Venezuela, in London on Thursday 3rd September. La Gallera Social Club will also be playing a Movimientos night on Friday 28th August at London’s Hootananny and Monsalve Y Los Forajidos also have two UK coming up too. They will be playing a free show at Southbank Centre’s Queen Elizabeth Hall on Friday 28th August (part of David Byrne’s Meltdown festival) and also performing at Shambala Festival on Saturday 29th August.

See all three bands at New Sounds of Venezuela at London’s Rich Mix on September 3rd.