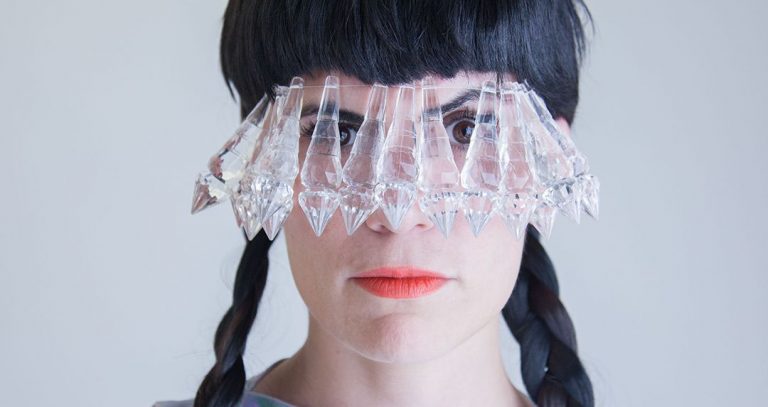 Argentina’s Dat García is the second woman to be signed to the ZZK label and her new track, “El Amor Me Entra En Sonidos” is from her forthcoming album, Maleducada (poorly educated).

So why maleducada, which is a word children growing up in the 1980s heard time and again when being scolded for not using proper manners?

It us García’s way of expressing and exorcizing through song the bad emotional upbringing common among so many young people of her generation, the children of adults censored during the tough times of 1980s Argentina, when the military dictator-ship silenced, oppressed and even murdered many of those dedicated to artistic or political expression.

Using innovative digital folk made so popular in Buenos Aires,García is among the spokeswomen and storytellers of the new women’s movement that questions traditional values and emphasizes body consciousness to construct a new, more equal society.

“We weren’t taught to be free to feel, nor were we taught to eat well or look after our bodies. Researching this made me realize that we are emotional machines, and that can translate into health or disease,” says García, who during the production of the album went through a healing process to recover from a rare form of cancer, which motivated her investigation into the power of the emotional over the physiological and expression as healing therapy.

García grew up in Monte Grande, on the outskirts of Buenos Aires, and from a young age she was involved in Argentine folklore music. In 2013, she immersed herself in digital music, opening up a world of tools for expressing her inner sounds, with the help of Pedro Canale aka Chancha Via Circuito. There, she started to flirt with the idea that styles ranging from chacarera to trip hop, sounds of synths, charango and flutes, could all be mixed together.

Listen to “El Amor Me Entra En Sonidos”and watch a teaser for the forthcoming music video, below.