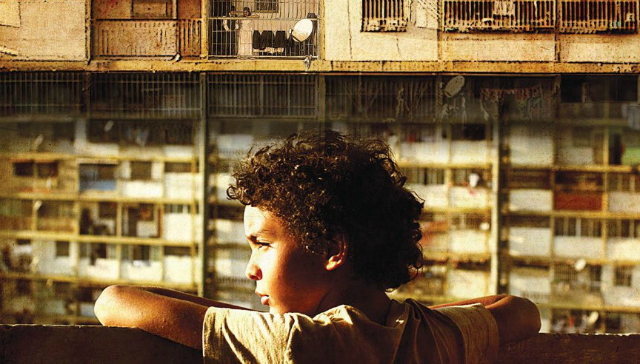 Pelo Malo (Bad Hair) is a critically-acclaimed new Venezuelan film from writer/director Mariana Rondón, which will be showing in UK cinemas from Friday 30th January.

The film tells the story of Junior, a 9-year-old growing up in a housing project in Venezuela with his mother and baby brother. As Junior begins to dream of straightening his unruly haircut (his “bad hair”) after seeing a slick pop star on TV, his mother distances herself even more from the son she is struggling to comprehend, a son in desperate need of a father figure. Pelo Malo is a charming coming-of-age story that manages to carry its universal emotions while still evoking the hard life depicted in the neighbourhood of Caracas where the film is set.

Pelo Malo will be showing at London’s Curzon Victoria and Belfast’s QFT from Friday 30th January, followed by screenings at Manchester’s Cornerhouse, Birmingam’s MAC and the Glasgow Film Theatre, among other venues.

Full details of where the film will be screened can be found at axiomfilms.co.uk/films/new-latin-american-cinema/pelo-malo-bad-hair.html (just click on the Now Showing tab).