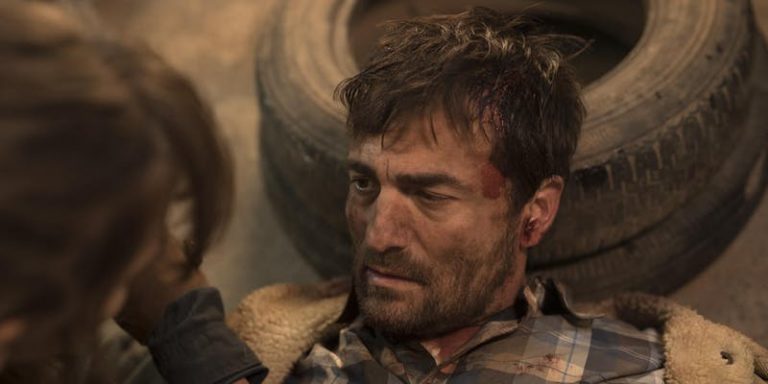 7 Reasons to Run Away (From Society)

Although one could easily find hundreds of reasons to run away from society, Esteve Soler, David Torras and Gerard Quinto have shortlisted just seven in their SXSW-premiered film 7 Reasons to Run Away (From Society). The film, nominated for the Málaga film Festival, is a compilation of black-humored short stories tied together by the same premise: something is questionable in today’s society.

Social norms, moral values and ethics have been artists’ favorite subject for quite some time. It’s what keeps art forms alive while providing new perspectives and, at times, new points of view to all of the above. To do so, the Spanish film industry’s weapon of choice is humour, with Spanish film directors such as Alex de la Iglesia and Pedro Almodovar approaching the genre while leaning towards the ‘grotesque’. Aesthetically, characters, stories and sets are given a deliberate tackiness, a stereotypical ‘kitsch’ element that sprouts irony, black humor and satirical tone in each story.

7 Reasons to Run Away (From Society) continues these tropes and is filled with Spanish film kin, among which we find Francesc Orella, Sergi Lopez, and Lola Dueñas, among others. Each adding a unique bizarreness to the characters within the stories.

Each of the seven situations treated is a comical defiance against a silent yet established set of social values in what we think is a civilized society. Funnily enough though the critique towards narcissism, hypocrisy and unapologetic conceitedness is made clear, solving them isn’t. Most stories leave us where we are today, tangled.

The lingering of Damián Szifron’s Wild Tales [which also featured a number of comic vignettes of modern life] make these short stories seem akin to a sequel. Though, while Szifron offered a wild and edgy take on society’s shortcomings, here the stories are rather situations scattered with dark irony and are treated more through dialogue than through raw acting. In this sense, the movie is more of a rhetorical discussion with characters than the other way around.

The overall feeling of the film is the entertaining despair one might feel when encountered by sensationalism or scandal-mongering press; acceptance and coexistence with the unceasing contradictions of morality.

7 Reasons to Run Away (From Society) will be screening at the Raindance Film Festival in London (18th-29th September 2019). Tickets available from Eventbrite.