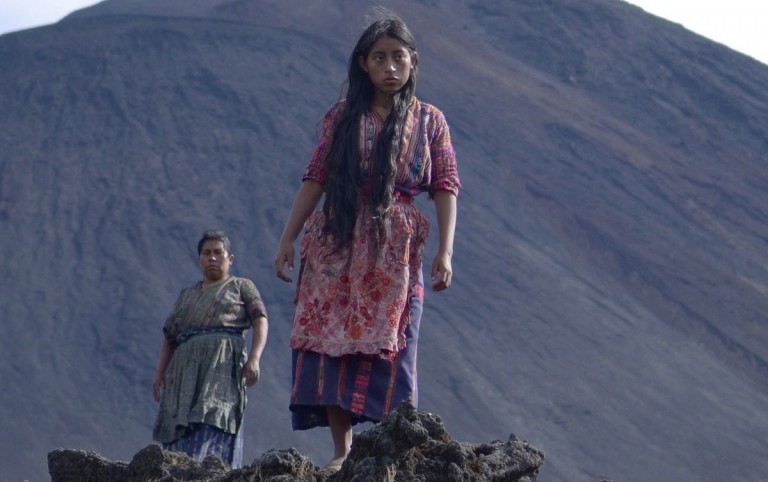 Ixcanul is set on a coffee plantation in Guatemala, located on the side of an active volcano which gives the film its name. Jayro Bustamante’s debut film has impressed audiences and critics internationally, becoming one of the most talked about Latin American films of 2015. The film premièred as part of the main competition section of the Berlin International Film Festival last year where it won the top prize and subsequently went on to become Guatemala’s first ever entry into the Academy Awards.

Ixcanul is the story of a bright, 17-year-old Mayan girl called Maria who lives in a close-knit community of coffee plantation farmers in rural Guatemala. Like many young women, Maria grapples with indecision over whether to remain in her community, continuing the family’s traditions, or to explore the world beyond the volcano. Maria’s family have arranged for her to marry Ignacio, an ambitious, business-minded local who she hardly knows. However, after a fling with another more free-spirited local boy Maria finds herself pregnant, and this pregnancy soon forces her into contact with a world outside her community.

One of the main themes of Ixcanul is the difficulties faced by young women, particularly young indigenous women to, in the words of the director, “determine their own destiny”. Maria’s quiet frustration with daily life in her community are apparent from the opening shots; a close up of Maria’s face as her mother dresses her up to meet her fiancé for the first time. Before any dialogue even begins we can sense the central character’s unease and her internal battle with the restrictions of traditional, rural life.

Director Jayro Bustamante grew up in the region of the Kaqchikel communities and returned home to make Ixancul. He interviewed members of the local community, hearing their stories and experiencing the current living conditions of the Maya people first hand. Bustamente ended up using mostly locals in the film, rather than actors, a decision that was partly a result of the lack of Kaqchikel-speaking actors. In doing so, he learnt about relationships within the community, particularly the special connection the women there feel with the rituals of their mothers and grandmothers. It is these local people’s honest and subtle performances which drive the authenticity of the film and make it such a touching film.

Ixcanul is full of symbolism relating to the rural landscapes that are its backdrop. As Bustamente has explained, the title itself is the Kaqchikel word for volcano, but this a word that refers more specifically to the concept of the force within the volcano, the force that builds and builds until it explodes. It is not difficult to see why Bustamente would have chosen this title for a film that depicts the tension and internal conflict of members of a community caught between tradition and modernity.

Ixcanul is in US cinemas from August, screening at Santa Fe’s Center For Contemporary Arts from August 12th, New York’s IFC Center from August 19th, followed by screenings in Washington, San Francisco, Los Angeles and across the US. Full list of cinemas screening Ixcanul can be found at kinolorber.com/film/ixcanul