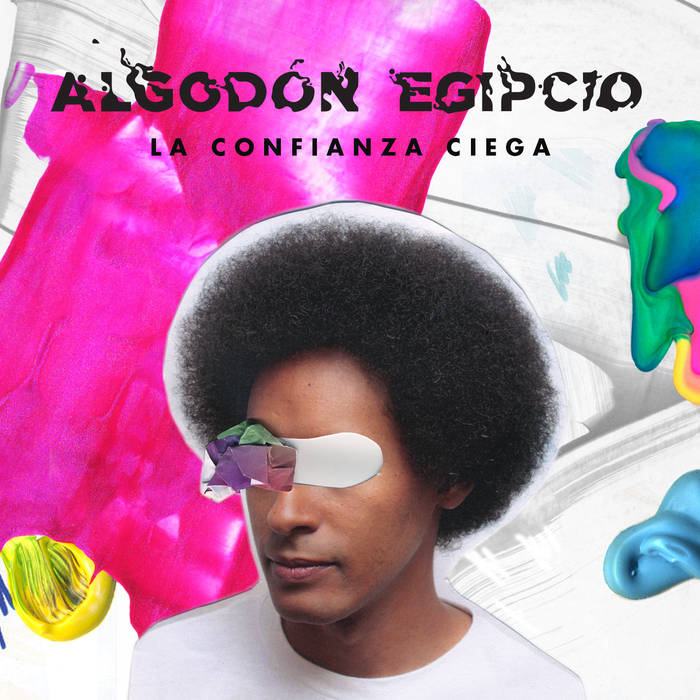 That was the overpowering feeling that I had listening to the new offering from Venezuelan artist Algodón Egipcio. It is an ever-moving artwork that is complex in its rhythms, surprising in its direction and adventurous in its outcome.

At times, it transports you to a relaxing place of late-summer sunshine; at others, you feel as though you are caught up in a stomping riot of colour. His songs consist of several distinct moving parts, with some sections that are structured and others that are more chaotic. You might have a choral refrain, echoes of electro, a shot of Latin hip hop, deeply layered instrumental sections, verse and chorus overlapping to the hints of African and Caribbean beats.

It is synthetic, it is psychedelic and it is a true musical patchwork. This sensory overload can jar but there is respite to be found, especially with the cooling spray of “El Aliento” and “La Estrella Irregular”. It is a most surreal mix of wandering reverberations from an experimental and creative young artist.

The album has a heightened sense of the interconnected and fluid notes of nature, seen in the song names alone: “El Calor Específico”, “El Ciclo del Agua” and “Las Dunas Cantoras”. Into this group we can also place “Las Islas Feroe’, which stands out as the only song named after a specific setting: the windswept and mountainous North Atlantic archipelago.

However, on the whole, La Confianza Ciega is not rooted in one particular place, although Algodón Egipcio himself has hinted at an evocation of a ‘lost’ Caracas in some of the lyrics. The album drifts between moods and feelings rather than clearly delineated locations and genres. It is a refreshing record in its variety of musical flavours and overall sense of brightness: a bouncing parade of experimentation and a twinkling rainbow of sound.