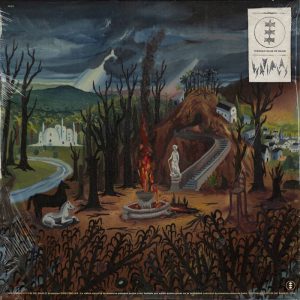 Similar to compatriots NAAFI in North America, HiedraH Club De Baile are combining the forces of the underground electronic scene, but they’re doing it for the southern tip of South America, stemming from Argentina, building an army of militants that want to give the club back to the people.

There are many emancipatory concepts to HiedraH, starting with the political. For them, dancing should be a liberating act, but with the ways of capitalism, going to clubs has got too caught up with you wear, what you drink and what drugs you consume. Whether talking about regular clubs or LGBTI clubs, they all follow the same pattern.

With this on their mind, Ybán, Nahuel and Tayhana, began to look for a better space. As they couldn’t find it, they had to create it for themselves, giving birth to HiedraH. A major ethos behind the night was that it would be a place where anything can happen, while always making sure it’s a safe environment. This anything-goes-attitude continues to the music, which flows freely between reggaeton and grime, cumbia and jersey, vogue and 3ball.

After getting the dance floor ready, it was natural that some of the music created during these parties would reach a wider audience. This started with a series of mixtapes from some of the regulars and their international guests, and then followed club bootlegs and original tracks. The music of HiedraH connects the dots between different peripheral areas in the most important capitals on the sub tropical side of South America.

For their first compilation, they bring Sikuri from Bolivia, Imaabs and Alpha S from Chile, Lechuga Zafiro (recently featured on The Guardian) and Pobvio from Uruguay, Pininga and DJ Pavigo from Brazil, and of course there are a lot of locals and residents like Aggromance, Desdel Barro, R€tumb4, Braian and Berlin resident Argentinean Moro.

The interesting thing about this compilation is that it’s not a regular dance album. The songs move you through different landscapes, trying to decode the memories of the artists, with many ambient and experimental movements. It represents the collective journey of these party activists, with subtle touches of the Latin music identity and the dark aesthetic of the club night.

Esquirlas is now available on Bandcamp