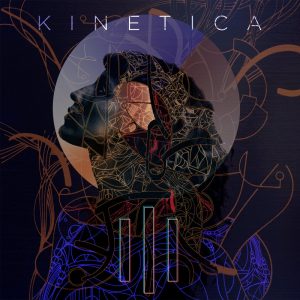 After a long hiatus, Kinetica is back with Disco III, an album that shows the constant evolution of a project notable for its perfect blend of vocals and electronic production. That’s mainly because the principal mind behind the project is Emiliana Abril, who sings and co-produces this album alongside Andres Abarzua.

Kinetica’s debut was all about experimental beats with elements of drum & bass and even rap courtesy of frequent collaborator and friend Gen, from cult Chilean hip-hop group FDA. Everything was made in a mellow mood and with a very underground flavour. Later came II, another intimate album, with very personal lyrics and a lot of piano melodies. Of course it didn’t lack for strong beats and it also featured guest vocals by alt pop singer Fakuta.

Now for this new adventure, Kinetica wanted to connect with a more universal feeling. That’s why the words are not only based on her own experiences, they are translocated to multiple personalities, where anyone could be singing them. Also the electronic production is stripped down, with deep synths and subtle beats, making it altogether more cohesive, allowing even for you to imagine how it would sound with a full band for a live show.

The bass arpeggio and the 4/4 kick of “Alquilé” make it one of the few upbeat moments of the album, but this is not a regular dance track, it is a very minimal electronic pop song. After that things start to really slow down. “Fabriquemos” sounds more like the Kinetica of their first album, but with the maturity of the years passed. At the end “Predicciones” creates contemporary voice chopping games with grime inspired beats, a state of the art song that closes the album perfectly.

Seven years have passed since the previous album, so these seven songs reflect the growth in Kinetica’s artistic output, which she claims is still in the path of finding its own sound. From this album we can tell that the road has been teaching her well and that she is not far from reaching the goal.

III is now available on iTunes