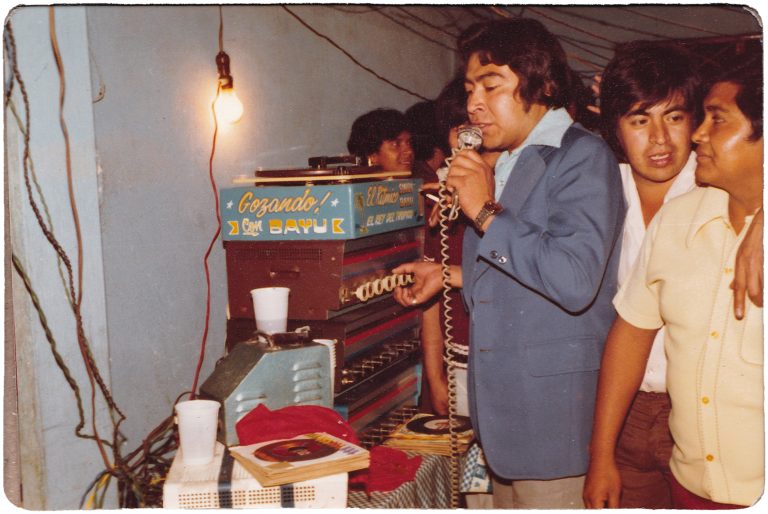 It feels like a good time for a compilation of cumbia rebajada to get its due on vinyl. This particular style of cumbia started in Mexico in the early 90s when originators like Sonido Imperial’s Marco Antonio Cedillo, and Sonido Dueñez, started pitching down their favourite cumbia tracks, making the beat even slower – you can read the full story of Sonido Dueñez here – and the style caught on big time, especially in Monterrey and Mexico City. Recently, these versions, which were originally released as cassettes, started getting love by DJs online, while the 2019 film I’m No Longer Here (Ya No Estoy Aquí) showed the Kolombia or Colombianito lifestyle (i.e. the lifestyle of Mexicans who love Colombian music, especially when it’s slowed down!) in full flow.

As to why the dancers in Mexico loved the slower versions so much, Miguel Ángel, the nephew of Marco Antonio Cedillo of Sonido Imperial (creator of the sliding pitch mechanism in Mexico) says: “It’s because of our musical traditions here in Mexico. We are not used to dancing to such fast-paced rhythms, our ears and feet are used to danzón, slower styles, and if it wasn’t for the pitch many songs wouldn’t have become popular here.”

The first single, “La Borrachita” by Junior Y Su Equipo, is a delirious 8-bit cumbia, and is available now.