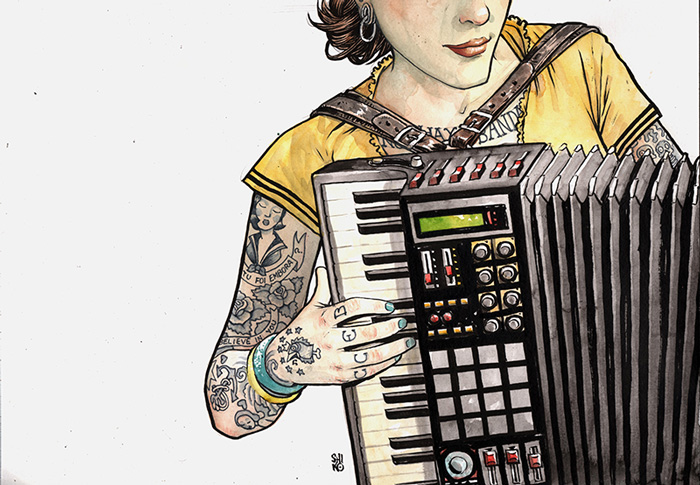 Last year Brazilian music producer ChicoCorrea unveiled his new band, ChicoCorrea&ElectronicBand, offering a more robust and multi-faceted take on the reinterpretations of North-Eastern Brazilian music that the DJ and musician had been producing over the years. “Côco de Elevador” is the latest taster of what this new formation has to offer.

“Côco de Elevador” uses côco de roda, a rhythm native to the north-east of Brazil, which is where ChicoCorrea&ElectronicBand are based, all members currently residing in João Pessoa in the state of Parahyba. On the track, the group add electronics, guitar and bass to turn the traditional rhythm into a tropical bass delight.

The track was produced and mixed in collaboration with Peixe Boi Studio at the start of the year, and features Débora Malacar on vocals, Victorama on drums, percussions and keyboards), Cassicobra on percussions and MPC, Thiago Sombra on bass and synth bass and ChicoCorrea on guitars and sampler.

[If you’re wondering why the name ChicoCorrea sounds familiar, it could be because he was one of the featured collaborators on NILLO and Sentidor’s SIBÖ Revisited, the latest album released by Sounds and Colours.]

Listen to “Côco de Elevador” below: