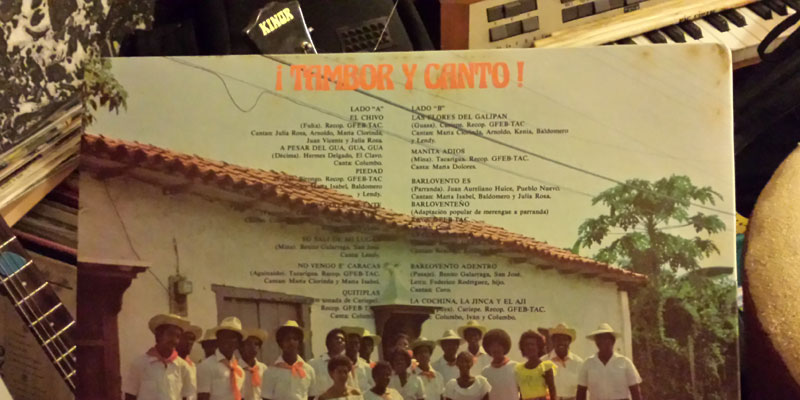 It happens far too rarely that we get sent killer mixtapes of Afro-Venezuelan music, which is why we got so damn excited when this one dropped in our Inbox. With the international media so focused on Venezuelan politics and the legacy of Chavez, the country’s African traditions – which are just as strong and diverse as in their neighbours Colombia and Brazil – are often overlooked. It’s a huge shame, but thankfully, this mix from Alex Figueira shines the light on what’s so great about this part of Venezuela’s cultural DNA.

Figueira is part of Music With Soul records, an Amsterdam-based label that have made a name for themselves as a top-quality niche label thanks to psychedelic garage rock and funk 45s that could easily have come to life in the 70s, rather than Holland, 2012. Their releases have included a 45 by Fumaça Preta, a Brazilian heavy groove combo featuring none other than Joel Stones (legendary proprietor of the Tropicalia In Furs record store in New York) and Conjunto Papa Upa, a group featuring Figueira and known for their hypnotic Caribbean psych flavours.

So without further ado, here’s Figueira’s description of the mix, followed by the mix itself. Enjoy!

The heavy sound of the African heritage in Venezuela. Rhythms and Percussion instruments brought from West Africa by the time of the slave trade that remained unexposed until the late 70’s, when the band Un Solo Pueblo took the Venezuelan airwaves by storm with a traditional repertoire they had compiled themselves after travelling extensively for years in the most remote areas of the country in order to learn those songs directly from people who had successively learnt them from their ancestors on a process that went back to the arrival of the first slaves, in the early 16th century. Employing unique drums like the Cumaco, Mina, Culo ‘e Puya, Paila or the Quitiplás, the polyrhythmic structure of rhythms such as Golpe (with each town having its own particular variation), Sangueo or Fulía can be heard on this mix, that compiles some of the most interesting moments of the many recordings that began to surface in Venezuela back in the late 70’s featuring Afro Venezuelan music exclusively. All music taken from original Vinyl Records. Hope you enjoy and share!

Listen to the mix here: